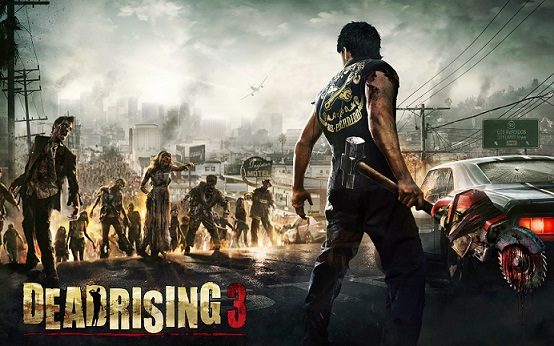 I fiiiiiiinally finished Dead Rising 3, friends! Took me freakin’ long enough. Dead Rising 3 is the first game in the series I’ve completed, and I found it to be a swell, silly game worthy of a next-gen launch title. (I’ve stayed away from the others because nothing causes me more anxiety than being timed in a video game. Seriously. HELLO HIGH BLOOD PRESSURE.)

Instead of me rambling about things you probably don’t care about, I asked you guys what you wanted to know. :D

Kevin: Is it worth buying or should I rent it, how’s the replay value?

SO many people have different values that they base “Is it worth buying?” on, right? To some, games that are 12 hours or less “aren’t” worth a purchase but a rental. Personally, if I enjoy the game — no matter how short or long it is — and it leaves me feeling good I’ll chalk it up to a worthy purchase. So, knowing that, I shall answer thine question!

Dead Rising 3 can be as short as a 14/15 hour game, but some are reporting spending as much as 30+ hours on it. Ask yourself: do you want to collect EVERYTHING (there’s quite a bit of shit), try out every weapon combination, build every vehicle, attend every side mission, max out your character and play the DLC? I personally dabbled a bit in everything and found all of it quite enjoyable, and all was worth a dabble. But there are those of you out there who love completing ALL of that shit. And on a harder difficulty like Nightmare (I played on normal) I’m sure the payoff of collecting/building everything would be much more notable and appreciated and offer a bigger incentive to do so.

Regarding replay value — I don’t think I’ll pick up Dead Rising 3 again, as I’ve experienced the story and to me that’s all that matters. That’s just how I roll. But if you get thrills and shit from beefing up your character to the max level, you’ll probably want to opt in for the “New Game+” style option, where you’ll bring your character, intact with his stats, into a new game. There are also five confirmed different endings, too. But it sounds like most of that stuff is determined in the final chapters, so starting completely over isn’t necessary. 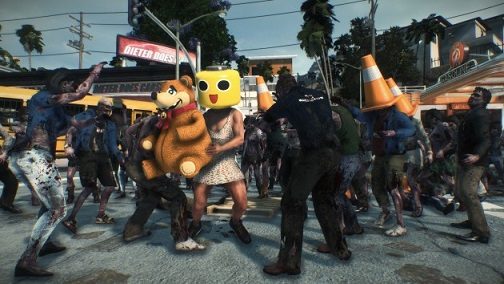 John: Was the open world really open like a GTA or did you only have access to areas that moved plot along?

Y’know, I started Dead Rising 3 about two months ago and have only been playing in chunks (EW CHUNKS I HATE THAT WORD), so it’s kind of hard to recall EXACTLY how shit went down, but yes, shortly into the game you’ll have access to pretty much everything.  I spent way too many hours just gawking at the scenery/buildings.

The biggest issue I had with Dead Rising 3 is somewhat related — there wasn’t a fast-travel system and it sometimes led to feelings of sadness and frustration. Granted, this isn’t a HUGE deal because in a vehicle it doesn’t take long to get from point A to point B, but when every mission takes you to a different location across the map it’s kind of groan-worthy. But it’s fun to gawk at the buildings and run over zombies in a modified steamroller, so hey.

(SPEAKING OF BUILDINGS! It’s SO incredibly fun to go inside them. They’re so well detailed and you never know what you’ll find inside. So, like, if you get Dead Rising 3 make sure you do it.)

Warren: Is it best to play sober or sloshed?

Warren, I like you. I don’t even know you but I like you because that is actually a very important question.

SLOSHED. I mean, running around in leather pants with red gogo boots whilst wearing an S&M Mask only gets funnier when our good friend Jack Daniels is accompanying us, ami’raht? Dead Rising 3 is a silly, silly game. Use with alcohol.

Think of it like, “Is it better to see a Jackass film while drunk or sober?” 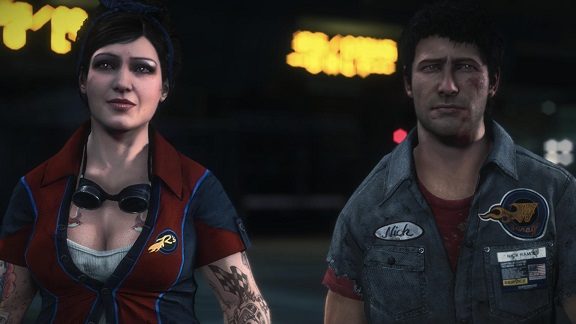 Aimee: Should I invite my boyfriend to play or should I make it alone time?

HOLY BALLS AND ALL THAT IS…HOLY…if you have the chance to play co-op please, PLEASE do. I played the entire campaign with friends and it was the way to go. Nothing quite defines bonding like slaughtering thousands of zombies with those closest to you. Your co-op partner will take over the role as a man named Dick, and Dick will be able to do everything you can. He’ll be able to level up, craft items, build shit, instigate quests, etc.

::throws self on ground:: I BEG OF YOU, INVITE YOUR MANFRIEND.