My relationship with GameStop reminds me of an unhealthy relationship between two people. I keep getting screwed over, but I keep coming back. And every once in a while I’ll be super impressed with something they do, and it makes me want to continue seeing them. But then I get screwed again. Rinse and repeat.

We all know Nathan Drake is my future baby daddy (and he was uh, cheaper), so I slapped money on the Uncharted 3 CE and the Skyrim standard edition. But before I checked out the clerk asked if I would be interested in pre-ordering the Skryim CE game guide. I thought about it (for a good, long 2.5 seconds) and said, why not? I always appreciate a pretty guide, and at least I’ll be getting something collector’s edition-y. 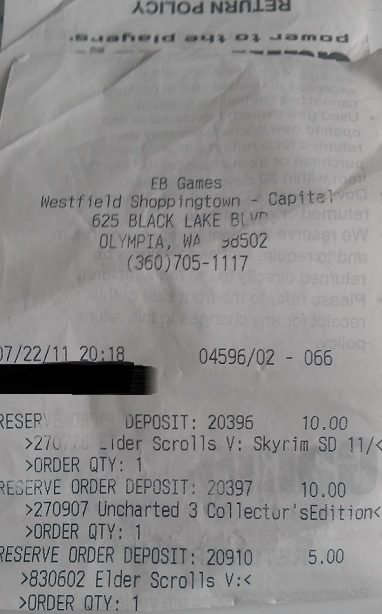 Perfect. With my receipt in hand I skedaddled out of GameStop.

On the fabled date of 11-11-11 (DOVAHKIIN!!!) I stopped into GameStop RIGHT after work. I walked up to the counter and giddily asked for my copies of the Skyrim game and the CE guide. Within thirty seconds my copy of the game was placed in front of me. I inquired about the guide and I was told with a shrug of the shoulders that they had sold out; that GameStop hadn’t ordered enough.

Ooookay. After it was clear I wasn’t going to be provided any more information, I asked if they would get another shipment in.

I must have been emitting frustration because another clerk caught on and wrote down my name, number, email address and said she would contact me as soon as she learned anything; that she would hold a copy of the guide for me should they come in. I told her I greatly appreciated that and, again, skedaddled out of Gamestop.

Well, that weekend came and went, and I never heard anything.

The next weekend came and went.

Finally I called back and explained my situation to another clerk. Not only was I told that my pre-order didn’t even EXIST on their computer, I was also told that they wouldn’t be getting another shipment of guides in. But he offered to take down my name and number and call around. He also said (and this struck me as weird) that he’d leave my information for another clerk and that if I didn’t hear from her that afternoon I should “call again because she might forget.”

At this point I threw in the towel. As expected, I never heard back from GameStop nor did I attempt to call back.

But a few weeks ago I was being a curious cat and (just for shits) checked Amazon for a Skyrim guide. And holy balls on an oak branch, THEY HAD THEM IN. Faster than a whore drops her panties (what?) I ordered one and that bad boy was on its way. Although I was happy, giddy and filled with nerd joy I was also slightly agitated. Look what I also found on GameStop’s website: 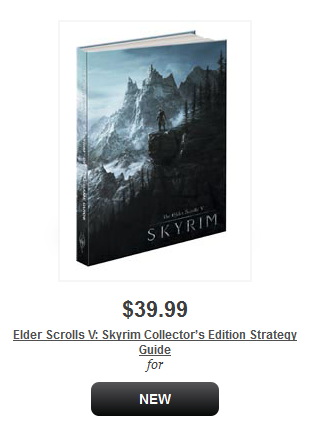 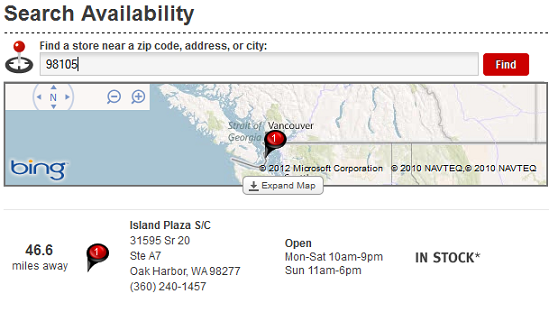 Okay, I don’t expect to be treated like a princess nor do I expect to have everything handed to me, but if GameStop really had my information taken down when this new (albeit second edition) version of the Skyrim CE released, shouldn’t they have contacted me? Possibly ordered it from a store that had the guide in stock?

Anyway, long story short my Skryim guide arrived last weekend, and I’ve been studying it like it’s the mother’effin….bible of nerdery.

Now, if you’ll excuse me, I’m going to pre-order Mass Effect 3 from GameStop as they have exclusive bonuses.

I told you it’s a very unhealthy relationship.