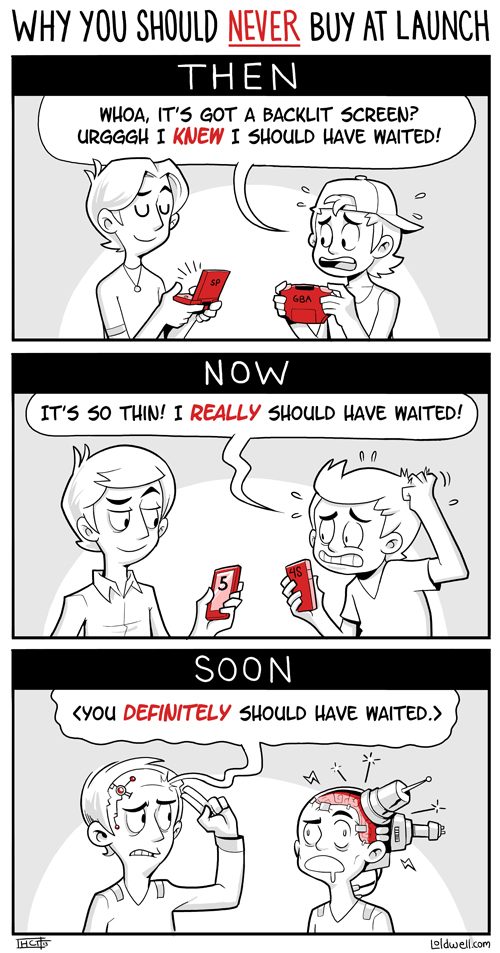 Haha, ain’t that the truth?!

I, for one, have always been a day-one console buyer. And by “always” I mean since the era of the Wii U, because when the last round of consoles came about I was only 18 and not making a whole lot of money. So, erm, yeah. I guess I should say my parents and family members were often the “day-one” console purchasers. And by “day one” I mean they were purchasers within the 90-day launch window.  WHY DO I NEED TO CLARIFY EVERYTHING FOR YOU?!

But I love the thrill of a console launch, and now that I’m self-sustained I absolutely plan on being in line for the PS4 and Xbox  720 — er, the Xbox One. Sure I’ll get screwed down the line by some “ULTRA SLIM FAST ZING-A-LING MODEL WOOO!!!!” But that’s okay — it’ll just be another console I can place on my shelf. <3. 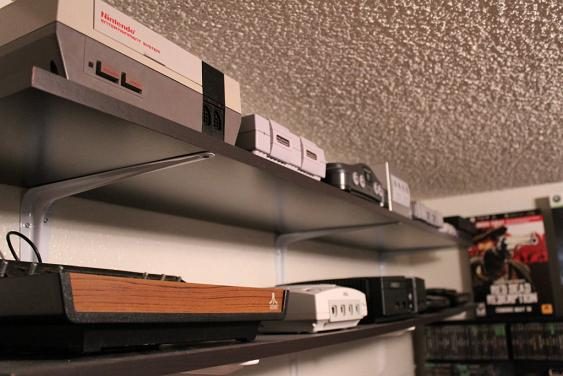 Because clearly I still have so much room.