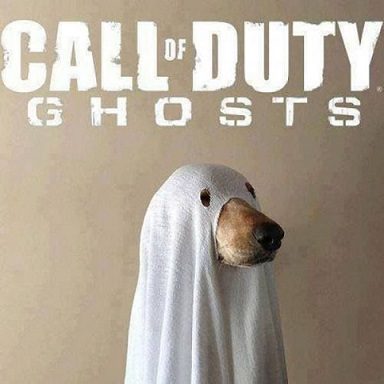 Seeing as Call of Duty: Ghosts launches tomorrow I figure I should join in on the holiday cheer (because at this point CoD releases are a holiday since they launch once a year around the same time, so, yeah, it’s totally legit) by sharing an infographic that will blow YO’ MIND.

Damn. As Darren from Destructoid put it:

For me, the most striking piece of information in the graphic is the number of respawns that players have experienced in online multiplayer: nearly 2 quadrillion. That is roughly 266,000 for each person currently alive on Earth. Imagine every single person on the planet playing Call of Duty long enough to die and respawn 266,000 times. What’s completely bonkers is it is still only a fraction of the total population who plays, so those who do are hitting numbers even higher than that to bring the average up.

For years I would buy the latest and greatest CoD game day one, but for the past two or so years I’ve slacked. I truly enjoy CoD’s single-player campaign mode (multiplayer causes me anxiety and quite frankly makes me want to bash my head into a wall), and it’s not like the campaigns take more than a few hours to complete, but I think I’ve been wrapped up in other games every year. That being said I’ll likely pick up a copy alongside the Xbox One’s launch — maybe I can place Ghosts on my desk and have it stare at until I cave in. I NEED TO SEE THAT DOG IN ACTION.

Are you getting Ghosts day one?