Hey guys! Just an FYI, if, uh, pornographic Atari 2600 screenshots offend you, you might not want to read this post.

Thursday night was a night for awesome and important things, like listening to the latest We’re Alive episode BEFORE ANYONE ELSE (!!!!) and having the opportunity to partake in the final editing of said episode. (Though to be completely honest, I didn’t have time to even THINK about editing the podcast. I was too wrapped up in the show itself. Like, jaw-on-the-ground wrapped up.)

After that was all said and done we busted out leftover Easter candy, made some drinks and relived some classic gaming awesomeness. 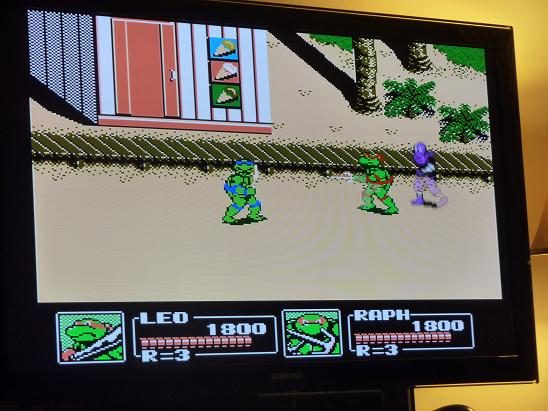 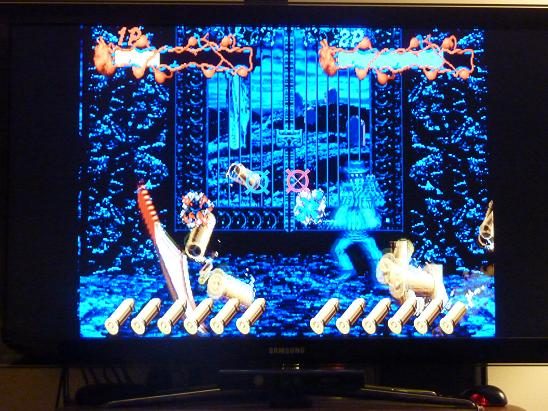 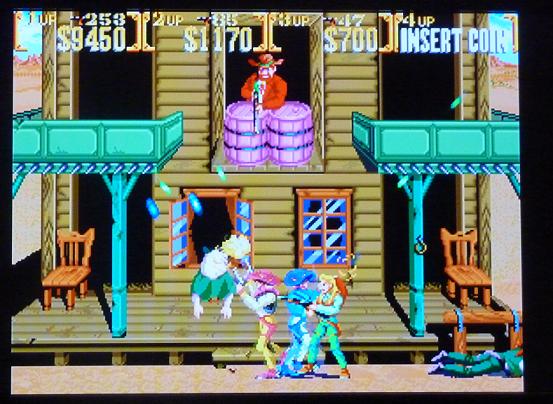 Kc had a massive array of games at his disposal, so I asked him if he had Custer’s Revenge on tap. Now, I have heard many-a-things about Custer’s Revenge, but I have never actually played it. I figured then would be as good as a time as any to pop that cherry. (No pun intended?) 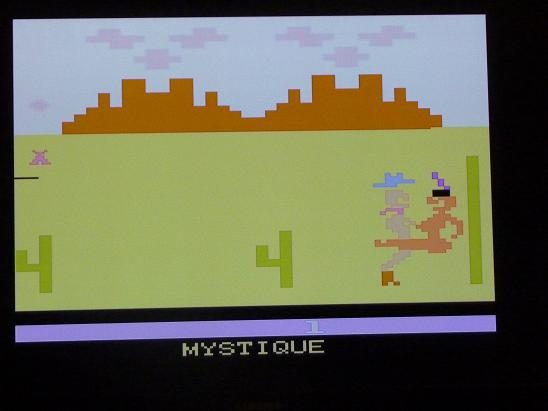 For those of you who, erm, aren’t familiar with Custer’s Revenge, the point of this game is to engage in sexual intercourse with the female as many times as possible whilst avoiding incoming arrows and sprouting cacti. Anyway, all of us were howling, and before we knew it we were trying another Mystique game called Beat ‘Em and Eat ‘Em. Yeah. Unfortunately we couldn’t get the controls to work, but I’m sure the screenshot provides sufficient evidence as to what this game was all about. 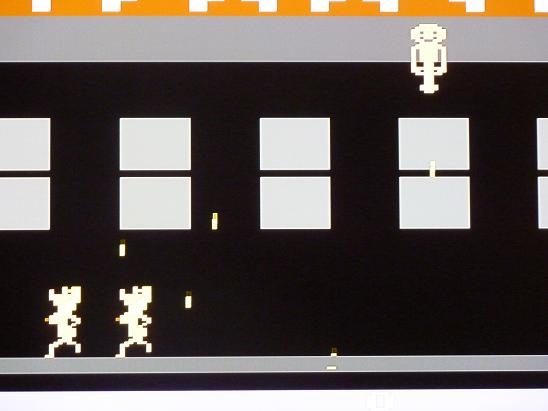 We later booted up a little something called Knight on the Town. Like the others before it, the goal was to get laid, but in order to do so one had to build a bridge across a moat in order to get to the willing ass lass. (See what I did thare?) Unfortunately, the water below was infested with penis-eating crocodile things, so it took quite a while before we, ahem, achieved our goal. Let’s just say the crocodiles won’t be hungry for a while. 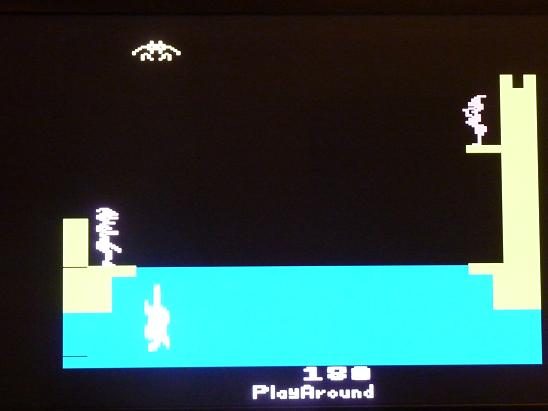 I think every gamer should experience these games at least once. It’s like a gamer’s rite of passage and is a noteworthy event in our history. I mean, the gaming industry could have turned out to be nothing but pr0n games. Thank GOD it didn’t, but at least we’re able to experience that failed alternate universe thanks to game developer Mystique.