The fantasy of being in a make-believe world…

The warm sound of children’s laughter…

The roar of rollercoasters… 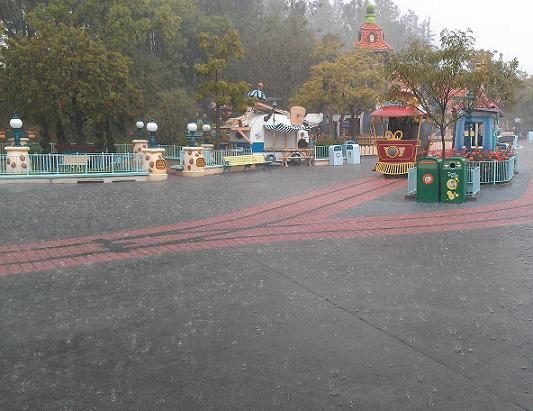 Yeaaaah. OF COURSE. Of course the one day I go to Disneyland it decides to rain harder in California than I’ve ever seen it rain before. Oh. And I have I mentioned I live in WASHINGTON? You know the gray and gloomy state in which it rains 11.9999 months out of the year? HAHAHA… X___X

When we first got to Disneyland it was cloudy but still around 57 degrees, which I consider to be quite warm. Blaire (Kc’s fiancé), bless her heart, had at least 12 layers of clothing on, and for this I had to laugh at her. Oh. But only if I had known she would be getting the last laugh… Anyway, we started our day at Space Mountain, which immediately triggered “ZOMG MASS EFFECT” in my brain and therefore I needed to snap a photo. 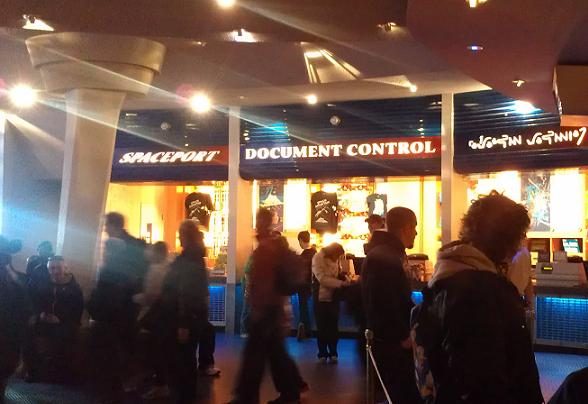 The next attraction was Star Tours. This also reminded me of the Citadel and I couldn’t help but quietly LARP to myself as we walked through the corridors. I also found that one of the creatures inside looked like an evolved form of Wall-E. Like, if Wall-E was a Pokémon and he evolved this is what he would look like. 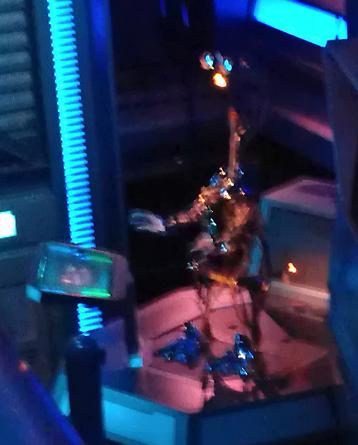 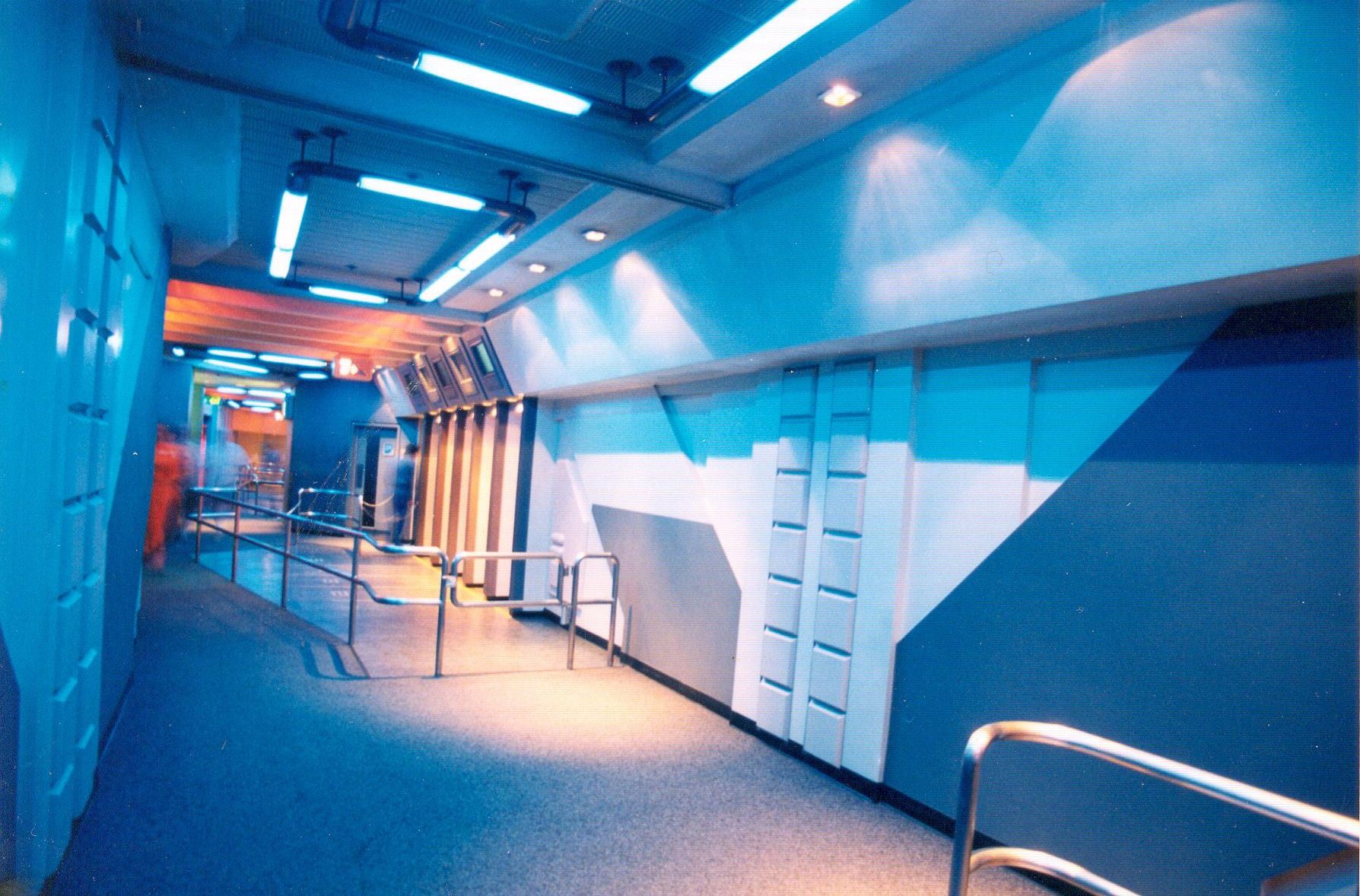 We were are feeling a little jostled afterwards, so we decided a nice, calm, cool and relaxing ride was in order. 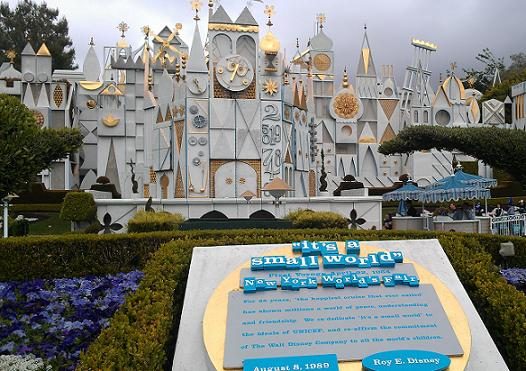 Small World is just one of those rides you have to go on every time you come to Disneyland. Well, as long as you only frequent Disneyland once every four years or so, because holy hell that could get rather irritating. I mean, the stupid song is still stuck in my head and it has been over three days.

We all piled into It’s a Small World, and during it we managed to shake the dizziness we had acquired during the prior rides. However, as soon as our little majestic boat made its way out of this building of happiness we heard the roaring of thunder aaaaaaaand were subsequently pissed on by pounding rain. So, in the background there’s this quaint song being sung by children about the world not being as large as people had originally thought, and there we are, stuck outside in a boat while thunder roars and rain is pissing all over us.

We couldn’t do anything but laugh hysterically.

As soon as we were freed from the boat’s grasp we fled into a store. Along with everyone else. 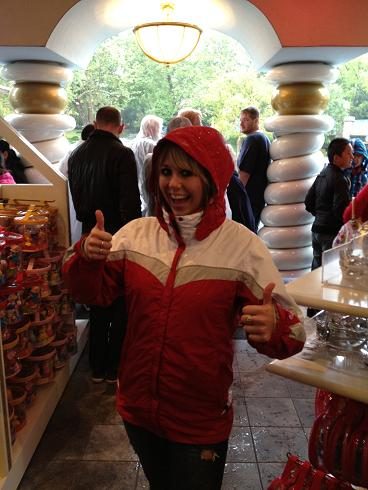 We decided to brave the storm (after all, I’m from WA so this really isn’t anything new to me) and made our way into Toon Town to ride one of the cute toon-esque INSIDE rides. And I must admit it was pretty freakin’ cute. Something to do with Roger Rabbit or something. But as soon as we walked back outside — oh man — the rain was even fiercer. We had no choice but to take refuge inside a makeshift home. 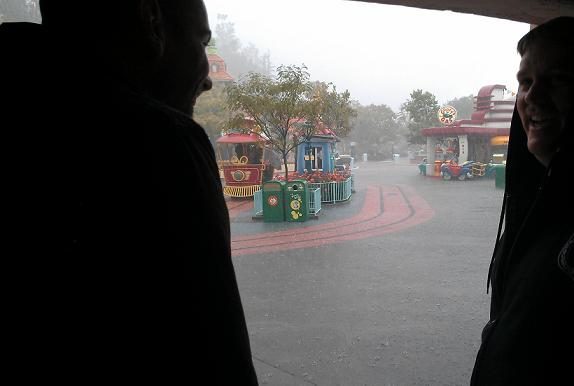 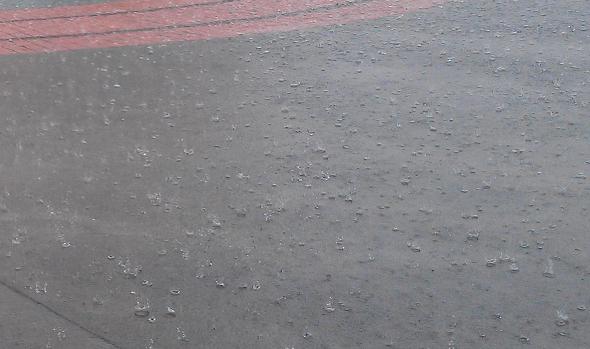 Kc decided to look for umbrellas, or something, and fled for a minute or two before returning with nothing but soaked coat and a shrug. The message was clear — WE HAD TO EVACUATE TOON TOWN.

But, uh, there was only one way out of this town, you see. ONLY ONE FRIGGEN WAY. And this was it: 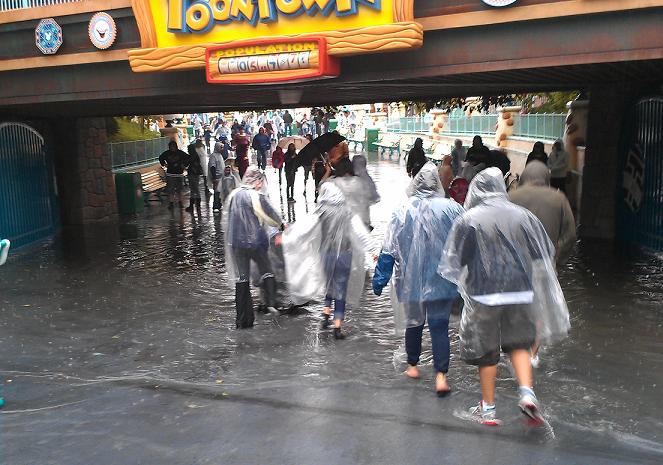 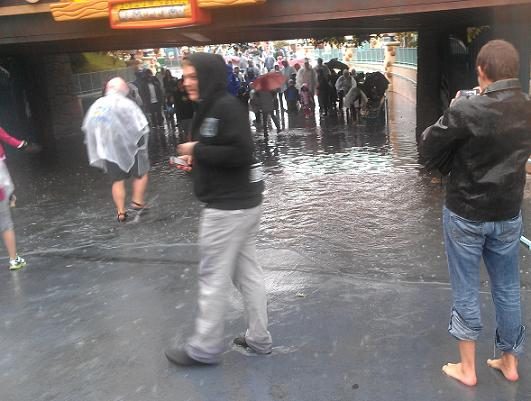 I took these pics AFTER I ran across this newly-formed lake. (Yes, my shoes and socks suffered heavy damage from my actions.) As you can tell, people didn’t know WTF to do. They just, like, stood and watched the water in hopes it would dissipate. At one point a man was carting people across in his electric wheelchair scooter thing. 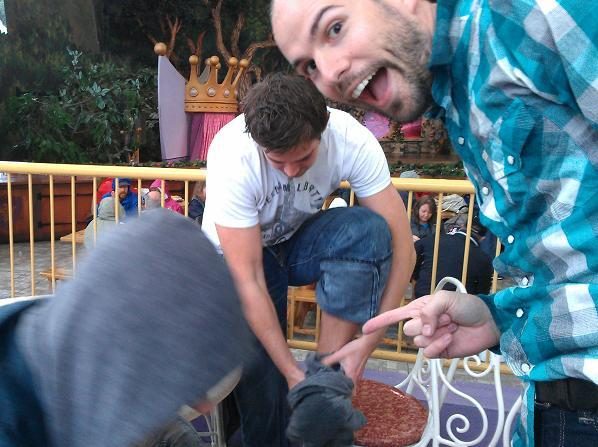 After we all attempted to dry off (Kc was the only one who also ran across the lake instead of taking his shoes and socks off) we went on a few more rides and everything was peachy keen. Except when we went on California Screamin’ rollercoaster and the rain pellets felt like a million needles violently stabbing us in the face. That was pleasant.

But honestly, experiencing Disneyland in the rain and in the fashion we did was SO much fun. As weird as it sounds, I’m happy it pissed all over us. I’ll never forget these memories!