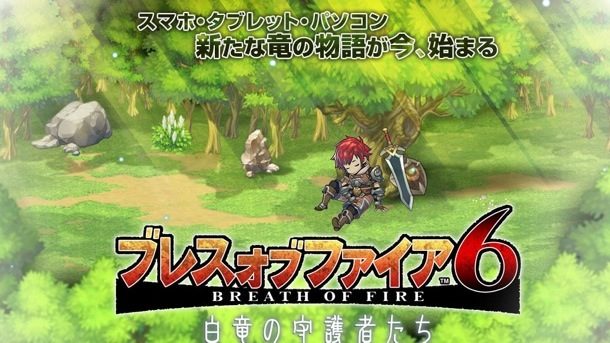 There was a time, ladies and gentlemen, when I dreamed of this day. I dreamed of the day when I could plaster “BREATH OF FIRE 6 HAS BEEN ANNOUNCED!” in the title space of this blog post. I dreamed of the day when I could ramble on and on about how the graphics of this console generation combined with the beautiful art style of Breath of Fire is going to blow my eyes out of their sockets; how the current generation of consoles were going to take the Breath of Fire series to the next level.

…Those were my dreams, anyway. Let me hit you with some reality: Breath of Fire 6: Guardians of the White Dragon was announced BACK IN AUGUST. A-u-g-u-s-t. That was ::counts fingers:: FOREVER AGO AND I HAD NEVER HEARD ABOUT IT. ::hangs head::

It looks like I haven’t missed out on much information, though, as the scoopage is just now starting to trickle out (which is how I learned about the freakin’ thing), but, again, it looks like my fantasy, fangirl-esque dreams of a pant-wetting Breath of Fire 6 might have to hold off until Breath of Fire 7.

Breath of Fire 6 is being developed for Windows, iOS and Android devices and is being described as a “easy touch type online RPG”. My assumption is that this bad boy will be free-to-play, hopefully NOT riddled with transactions. Thanks to information on NeoGAF (which I’m directly copying) this is what we know:

– No “complex command menus” for combat – “Fast and intuitive” touch controls – You create a character and control him in realtime, there are AI-driven party members – Timing based combo attacks-The game will have a deep storyline and a rich world, as you’d expect from a numbered entry. -The battle system is simple and easy to play since it gets rid of complicated commands, however, the battle system is still very deep. -The basis of the battle system is using the skills you have along with the ones of your “fellows” (the other AI controlled party members) in quick succession to create combos. -The terrain you do battle in apparently also factors in your strategy somehow. -The main character in BoF6 has the “Power of the Dragon”, and you can customize it by changing sex, face, hairstyle and such. -Character growth is different from the previous entries, here the abilities and the “memorized skills” (actually I’m not sure what this is, maybe there’s a Master system or something in place? 覚えるスキル) have special traits in them, presumably stat boosts and such. -Fellows can be either humans, fairies, felines or “grassrunners” (this is how the humans with animal features like Momo have been called in localized BoF games) -The online component revolves around rebuilding Dragnir Village, which was destroyed by the Schwarz Empire. Each player can rebuild it as s/he sees fits, but there’s also a cooperative element to it where you can travel to other players’ villages and help them out by intercepting attacking enemies. 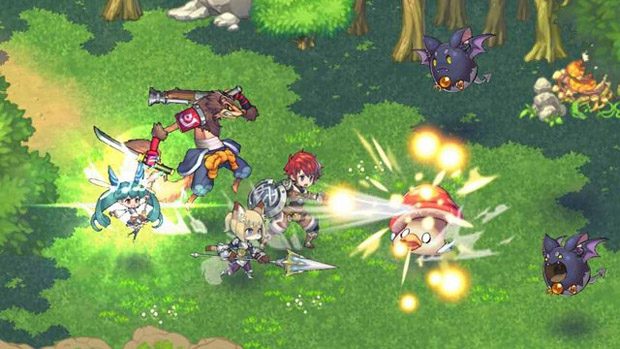 Gah. Soooo my initial reaction is to grab handfuls of my hair and rip it out in chunks, but I’ll try to be constructive here. Um. The game looks very pretty. A little on the cartoony side, but pretty GAHHHOKAY FUCK IT. I miss the old Breath of Fire. I want Ryu. I want familiar characters. I want fishing. I want to control my party members. I want a full, fleshed-out epic RPG experience that is worthy of the Breath of Fire name. It’s extremely, EXTREMELY disappointing to see the franchise head down this path; I feel like this was the perfect opportunity for Capcom to wave their e-willy in all of our faces with an awesome installment to one of my (and many others) favorite franchises of all time.

Ahem. As of right now, Breath of Fire 6 is slated for a 2014 release in Japan. No word on us folk that thrive across that blue, slippery stuff.

Now to find whiskey and consume ungodly amounts of it while gazing at the below photo. 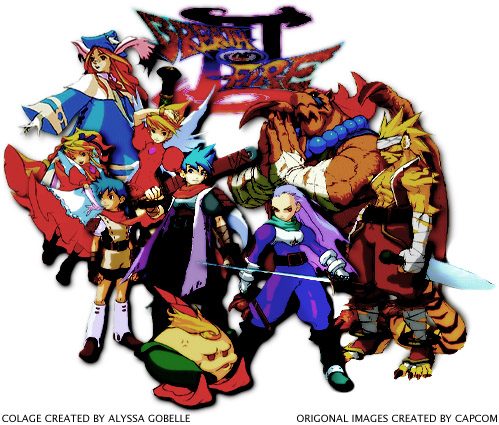