Holy Vigrid on a stick, I finally finished Bayonetta on Monday! (I told you I’d finish it before Arkham City came out!)

And, yeah, wow. What a weird yet awfully intriguing story! I wasn’t 100% sure what was going on, or what exactly had happened at the end, besides the blatant fact I pwn’d Jubileus. (Actually, at first I pwn’d myself. For those that have beaten Bayonetta, remember when you need to “guide” Jubileus into the sun? I rammed her into the first planet I saw and she kiiiinda survived. Woops.) 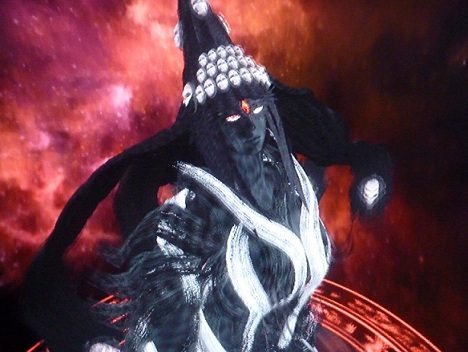 So, instead of recapping ten plus chapters in one post, I’ll stick with good ol’ bullet points. Because A) I am lazy and B) I need to get my hands on Arkham City. Thank God for the Bayonetta Wikipedia page and its awesome ability to explain everything to me <3. 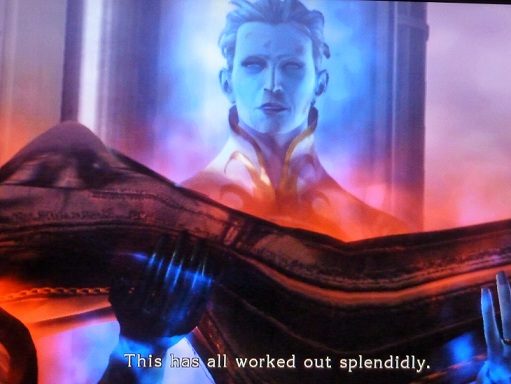 Balder: Bayonetta couldn’t become the Left Eye until she regained her memories of being who she used to be. Therefore, Balder, her father who purposefully impregnated Rosa—Bayonetta’s mother—had her do all of the things she did in order to regain her memory (including sticking Cereza in their time period). Balder’s ultimate goal was to exterminate the two clans (Umbra Witches/Lumen Sages) in order to revive Jubileus. He also started was a part of starting the Witch Hunts. To add to his cocksuckery, he was the one who ordered the death of Luka’s father. 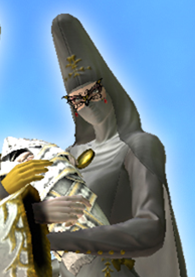 Rosa: Rosa was knocked up by Balder when she was 25/26. She was imprisoned (whereas Balder was exiled from his clan) and was ultimately killed during the Witch Hunts. 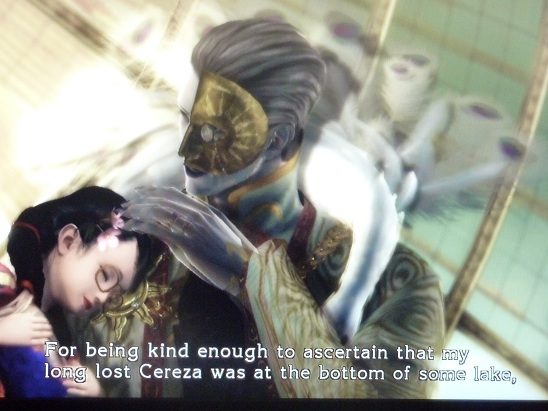 Okay, and here is the part where I’m a little confused. I know Jeanne was the heir to the Umbram throne, and in order to “solidify” that or what not she needed to battle someone. She chose to fight Bayonetta, as they were friends. Bayonetta ultimately won, but what came of that fight I’m not sure. Did that mean that Bayonetta was heir to the throne, the Left Eye? Or was Bayonetta already born as the Left Eye? OR was it the fight with Jeanne that made Bayonetta the Left Eye? HMMM. Anyway, Jeanne ultimately sealed Bayonetta away in order to protect her and prevent the recreation of Jubileus. Jeanne finally came to her senses (and I’m assuming snapped out of Balder’s mind control) after Bayonetta pwn’d her and handed her the red jewel on that little watch thing she wore on her chest. I read somewhere that that jewel was the final thing that protected Bayonetta from realizing she was the Left Eye. She then apparently died. APPARENTLY. 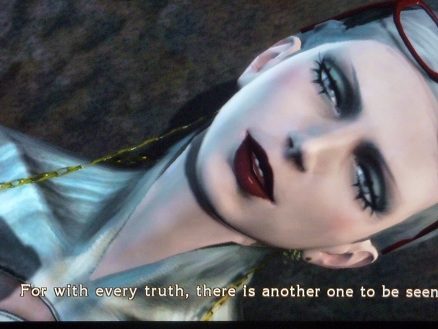 So anyway, Balder was ultimately successful in awakening the Left Eye within Bayonetta. He stuck her in the left eye socket of Jubileus, and he crawled into the right. Ish started happening, but Jeanne rescued her by pulling her out. Jeanne apparently died again, but came back to help Bayonetta destroy the statue of Jubileus AFTER it crashed into the Sun. After all was said and done, they floated down to earth like happy little besties. 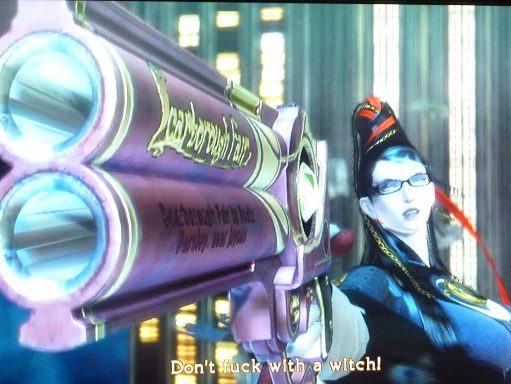 The last scene of the game is back at the cemetery, where it began. Jeanne is standing over Bayonetta’s casket, summoning the Angels to take Bayonetta’s soul (Enzo and Rodin are there as well). As soon as the angels begin to descend, Bayonetta busts out of her coffin and she and Jeanne shoot angels and, I’m assuming, live happily ever after. 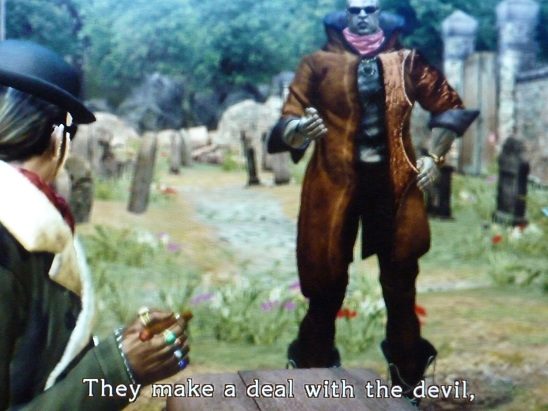 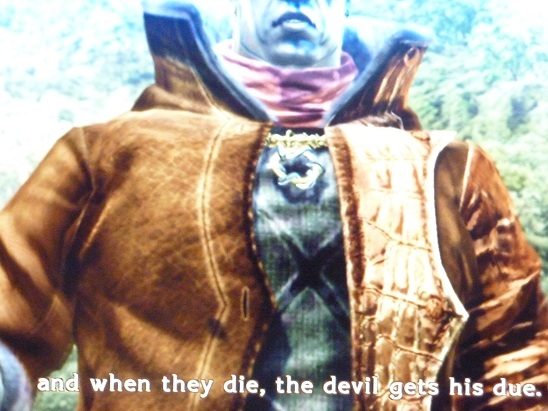 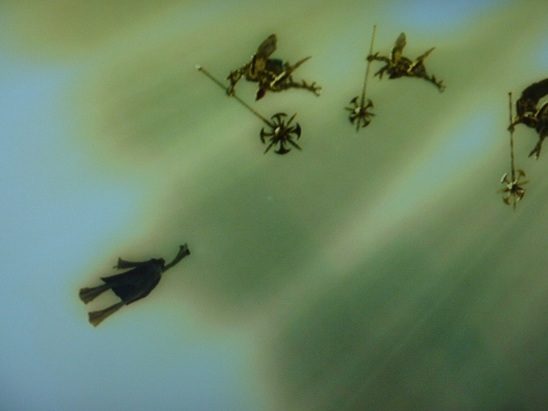 And that was Bayonetta!