Y’know, for a millisecond I thought I had a pretty good idea where the story of Bayonetta was going. I thought Bayonetta would discover her past, her purpose, and be done with it. But now there’s an effin’ child in the mix?! And it’s possibly hers?

So I saw this little kid running around last week—and thought she looked strikingly familiar to Bayonetta—but I saw a lot more of her last night. The little girl, Cereza, was surrounded by four angles and Miss Bayonetta protected her by splitting her legs every which way and shooting the piss out of them. Now I’m not sure if Bayonetta protected Cereza because she has a soul, or because that mysterious deep-voiced dude told her that the little girl was the key to her future. Anyway, ever since then Cereza has been calling Bayonetta ‘mummy’. Simply put, it’s fucking adorable. Other than that all I know is that her dad had told her to go wherever it was I found her. Later on, Bayonetta even told Luka (EEE!) to much protect Cereza or she’d come back and pierce him with her shoes and forcibly have her way with him. She really didn’t say that. But she did threaten him.

I also fought this crazy big dude (I believe his name was Temperantia) which crazy big arms and a crazy big glowing core things that may or may not have reminded me of a woman’s sweet spot.

Yeah, I went there. 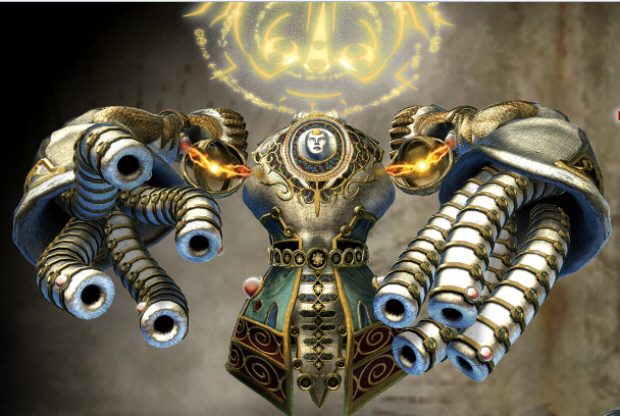 I don’t know why I killed him or who he was in relevance to the story. I had Mexican food on my mind and wasn’t paying much attention. Now I’m getting ready to start Chapter 7! Halfway there!