…And it felt damn good! Seriously, I’ve been wondering when the hell I’d be able to stomp on that ugly two dragon headed face…thing. Yeah, what was he anyway? Was it even a he? Maybe I should call it an “it”. Either way, I ripped those dragon heads off and fuckin’ smashed its face in. <3.

Fortitudo did say a little somthin’-somethin’ gave a possible sneak peek into Bayonetta’s background. Before I stomped his ass, he said that there was a witch that had survived the annihilation, and that she challenged the angel’s dominion. Fortitudo also said that this witch must have been sad, for she ultimately would reunite with hell because she had made a pact with the darkness in order to have the powers of a witch, and that if Bayonetta was said witch he would gladly end her torment (aka kill her). So she shot him. God I love this woman.

An epic battle ensued. I will glady state, again, that I ripped his dragon heads off and fuckin’ smashed his face in. While he was withering away he was amazed at Bayonetta’s power, and hoped the creator Jubileus would grace her on her journey. Ho-kay. 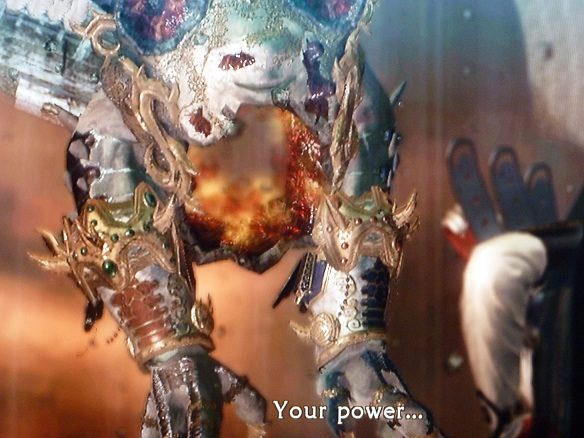 OH. Somewhere along there Vigrid burned to the ground. Unfortunate.

I later ran into Luka again (<3). It sounds like he ultimately wants Bayonetta to fess up for what she’s done, and he even called her a “black stain” on his life. Wah wah wah. Let’s talk about the good stuff: Luka “baited” Bayonetta with lipstick, and when she picked it up he tried snapping photos of her. BUT THEN HE REALIZED HE HAD LIPSTICK DRAWN ALL OVER HIS FACE BECAUSE SHE DREW ON HIMMMMM. 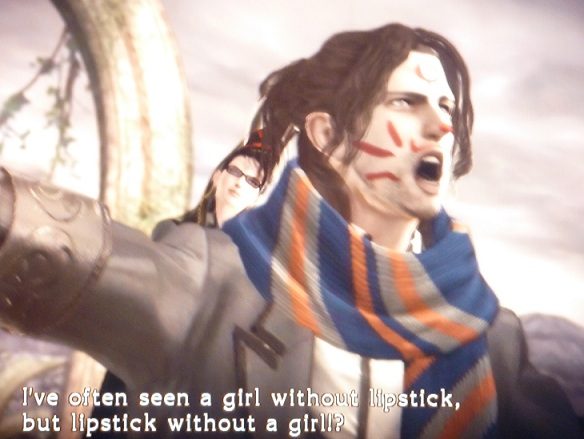 …what? It was adorable. Have I also mentioned I’m in love with the way she calls him Chesire?

Towards the end of their encounter, while he was calling her a heartless witch, she tackled him, he grabbed her ass, and I think she saved him? Or something? Whatever. She ended up separating from him and killed a bunch of angels. Typical.

Finally, I ran into Jeanne again. She was speaking with an uber green angel-dude (maybe Jubileus?) and he asked her why they were meddling. When she spotted Bayonetta, she said that her assistance was not required. Now, according to Jeanne she and Bayonetta “once fought for the jewel upon the crown of the umbra throne.” Okay, cool story bro. So they decided right then and there—in front of uber green angel dude— to finish the fight. Once they were going at it, uber green angel-dude meddled himself and they were briefly interrupted. Ultimately, I pwn’d Jeanne. But she was a loser and said that it was a waste of her time, turned into a flying thing and flew away. 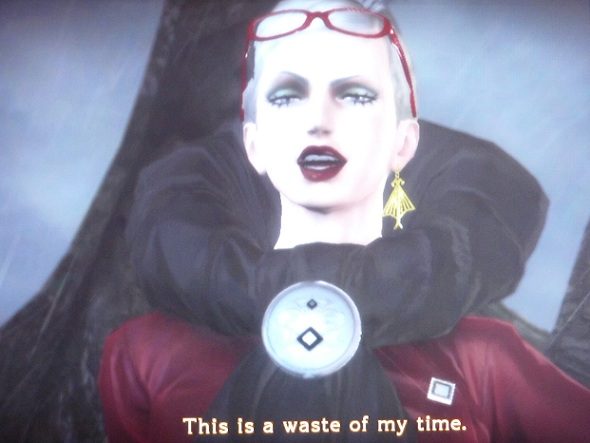 Bayonetta promptly turned into a…panther of sorts….and the chapter ended.

This game gets weirder and weirder, but I am having SO much fun with it, especially since I took the difficulty down a notch. I’m able to button mash, not die AND enjoy the story and the characters without sweating each battle. Consequently (or not, depending on how you look at it) I’m whizzing through the chapters faster than I anticipated, but whatever. Arkham City comes out next Tuesday, so it’s probably for the best! 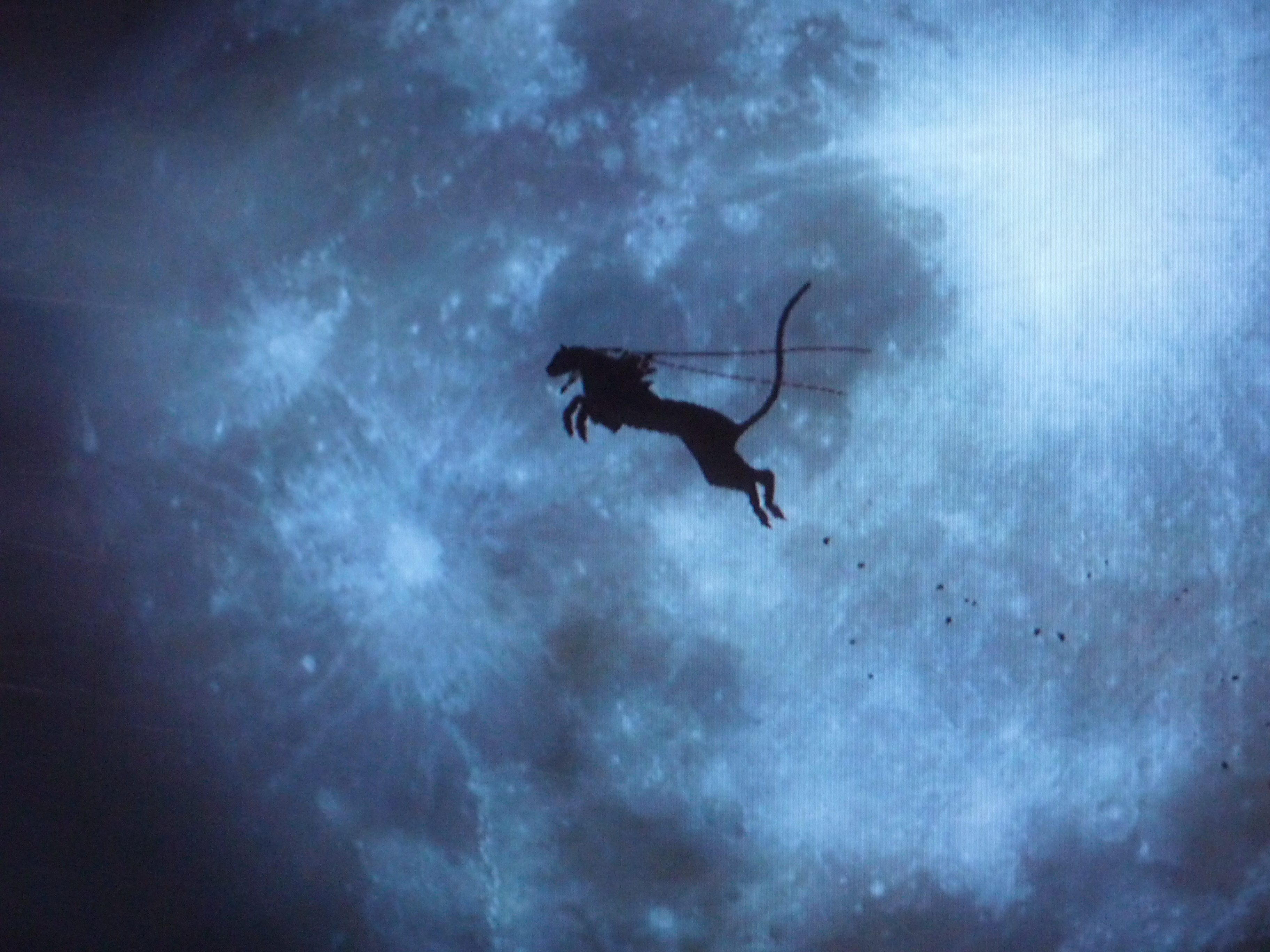