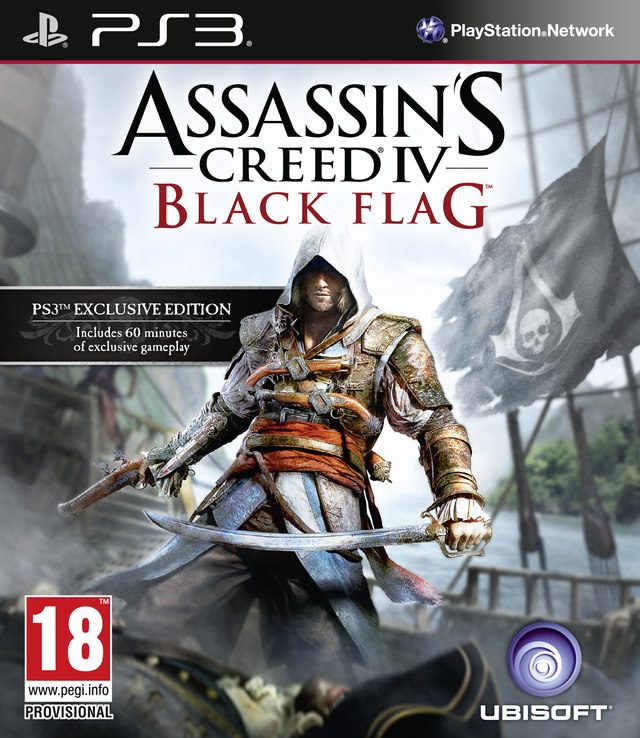 The next installment in the Assassin’s Creed franchise will be called Assassin’s Creed IV: Black Flag, Ubisoft has confirmed, following yesterday’s leak of marketing materials. So far, nothing concrete is known about the game but rumors are running rampant. For you AC nuts, it looks like you can expect to play as Edward Kenway (grandfather of Connor and father of Haytham Kenway from ACIII) and expect to travel to islands such as Jamaica, Cuba and the Bahamas. Finally, the game will run on current generation consoles (360, PS3, Wii U) but will also be available for next-gen goodness. (As you can see above the PS3 will be receiving 60 minutes of exclusive gameplay.)

I’m calling it now — there will be pirates. I know, I know. You can start calling me Miss Nostradamus.

A full reveal is scheduled for Monday, March 4th at 9:00 am PST.

And now, time for a confession: I have yet to play the Assassin’s Creed games. I’ve watched people play them, seen behind-the-scene demos of my own free will and even own a AC hoodie, but yeah, when it comes to actually going hands-on I have failed miserably. It’s not because I’m not interested in the series — in fact, I’m insanely interested — but I feel like there are SO many I have to catch up on and admittedly that’s kind of a deterrent. (Hell, I’m having enough problems playing through God of War 1-3 in preparation for Ascension.)

Someday, someday…hey, does anyone want to pay me to film a documentary in which I play every single game in my backlog? I mean, there are hundreds if not thousands. Could be interesting, right? ;)