Y’know, at one point I felt like I would need to rush through Arkham City so I’d be able to start Uncharted 3 the day it releases (TUESDAY), but now I’m finding myself WANTING to take my sweet time and find all of the ringing phones, the TITAN containers, all of the AR training locations…or, hell, sometimes I just want to freakin’ wander around. I seriously think Rocksteady inserted some sort of invisible crack that is transmitted through the air and comes out of the controllers. Otherwise I don’t know what it could be because I am effin’ HOOKED! I mean okay, from the few hours I’ve played I can clearly state that Arkham City is fantastic game thus far (DUH) but something about it makes me want to search every detail and seek out every side quest—and kiddos, I usually only do that for Dragon Age.  So I’m gonna  stick with my invisible crack theory.

During my session today I ran into good ol’ Bane. At first I tried to be all stealthy squirrel and sneak up on him, but then Batman had a conversation with him and nooow we’re sorta-kinda working together to track down TITAN containers.  Cool. 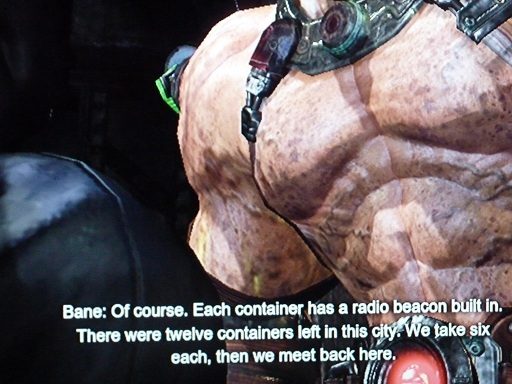 Kudos to Bane for not wanting the TITAN containers floating around the city…but I wouldn’t be surprised if he were really up to something. Other than that, I wandered around some more, smashed some faces in, leveled up…you know. BEE  TEE DUB, what do you guys level up? Since I tend to be balls-to-the-walls, I usually upgrade my armor because I don’t take care of Batman like I should. :/

Story-wise, I tracked down Joker’s signal and ultimately saved Dr. Stacy Baker. In a nutshell, there is an insane amount of toxins in Joker’s blood. She couldn’t find out a way to save him, so his thugs were going to kill her (and it sounds like they’ve been doing that with other doctors). I THINK she was originally from that group I saved in the church. 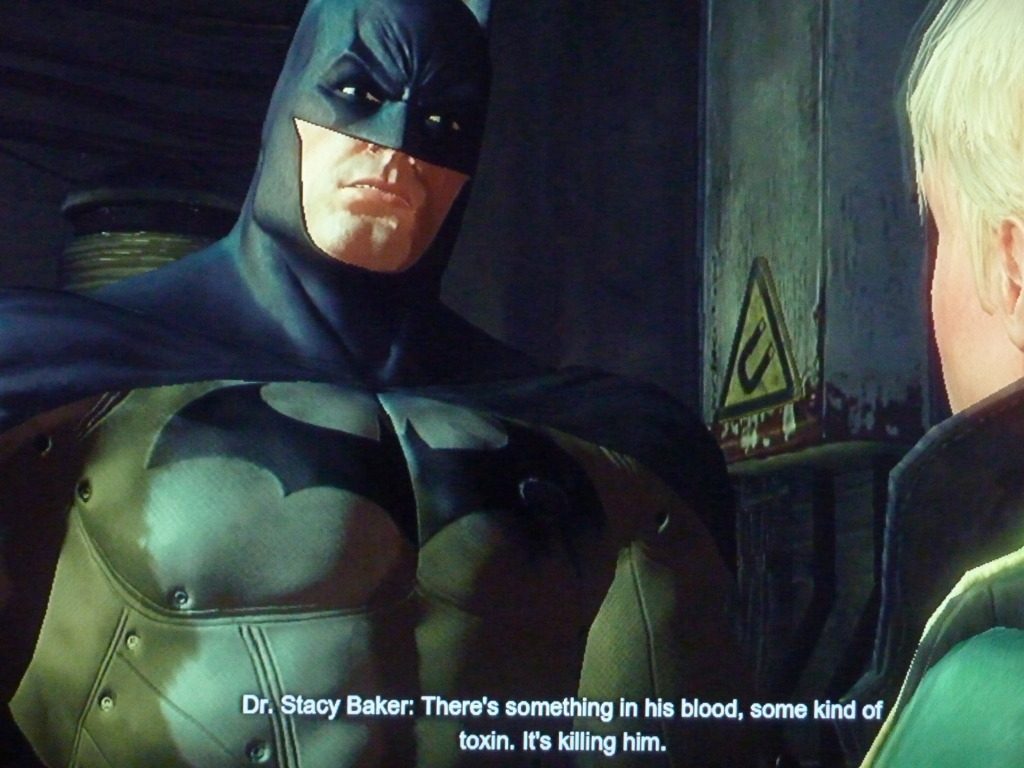 I then found this spiffy new gadget…. 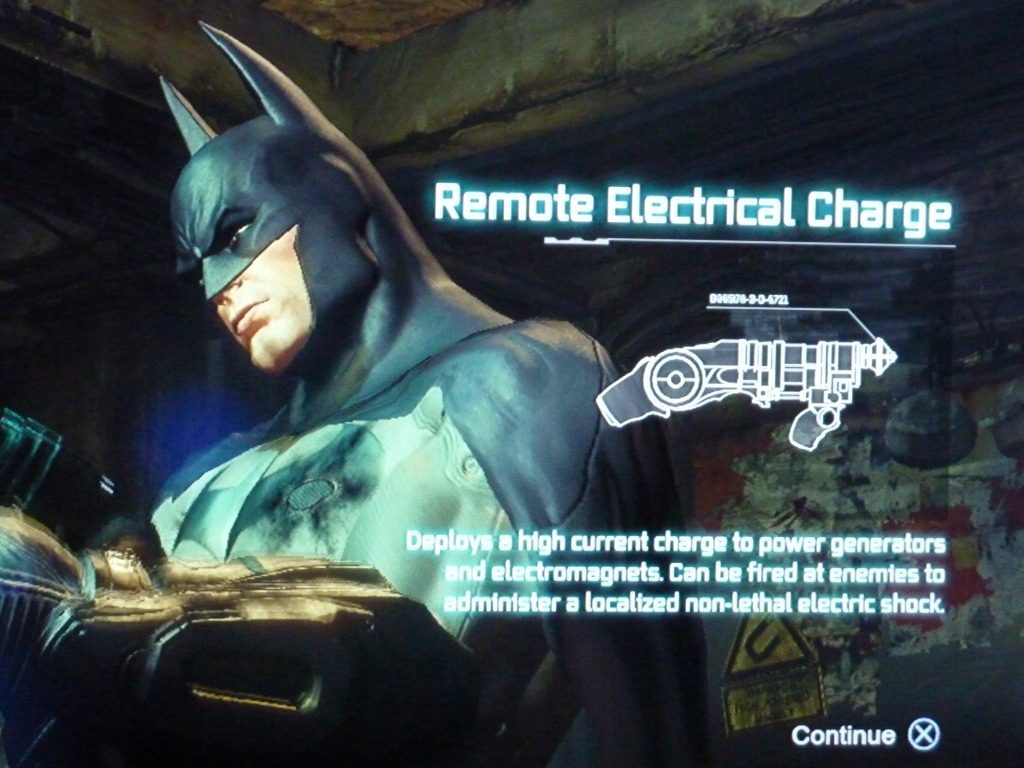 …and called it a night! I only had 45 minutes or so to play, most of which was spent wandering around. <3

So yeah, in terms of what’s going in in Arkham City, it sounds like everyone is banking on Joker becoming worm fodder. Therefore the thugs are torn on who to follow upon his demise, whether it be Two Face, Penguin, Quinn…GOD I LOVE THIS FREAKING GAME.