It’s been over a year since I finished Arkham Asylum, and while I’ve forgotten a few details of the game’s story I distinctly remember it left a very hot wing-esque taste in my mouth. Which is the best taste ever. And after firing up Arkham City and spending about an hour with it, that taste of heavenly, theoretical hot wings filled my mouth last night thanks to the gadgets, the moves, the flying, Batman’s hotness, detective mode, reading the character’s bios, and just overall, being a stealthy badass. I HAVE MISSED ALL OF IT SO HARD.

Even just typing about it makes me giddy.

So Arkham City is picking up, obviously, after the events of Arkham Asylum. While he has never been a political person, Bruce Wayne doesn’t agree with Arkham City and knows it won’t be long before the thugs break out and ooze into Gotham. From the sounds of it, he’s tried to stop the construction of Arkham City as Batman, but it’s not enough, so he’s investing millions and getting all up in the political scene to try and bring it down. 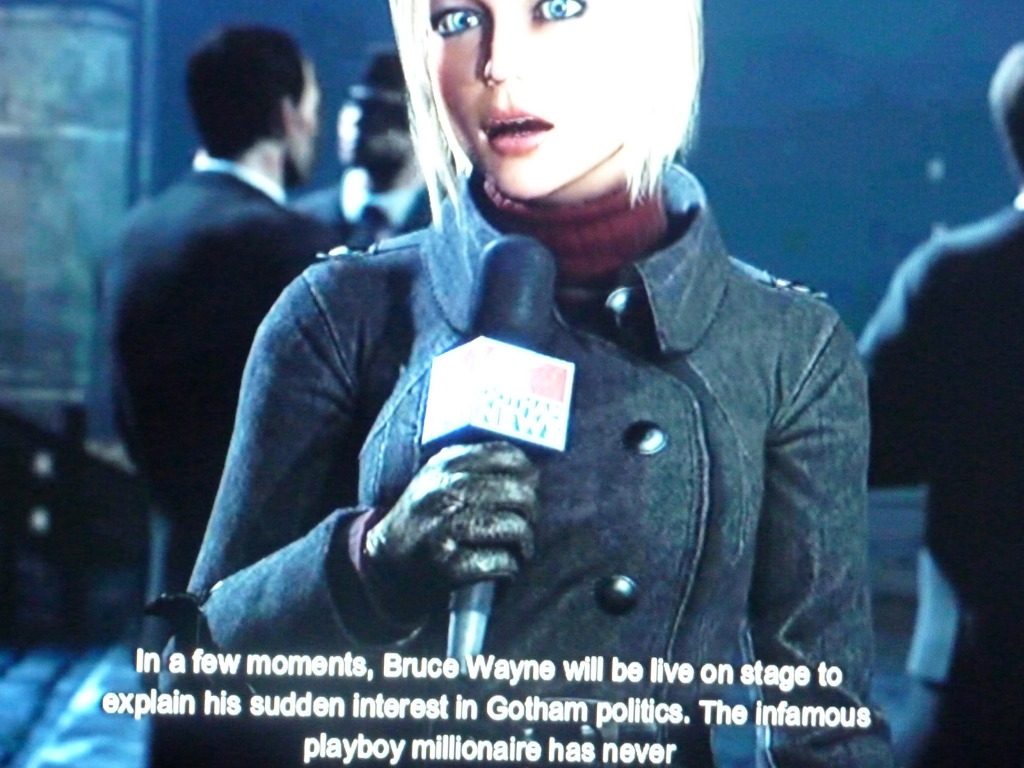 Unfortunately, as he’s starting his little ol’ speech he’s arrested for “protesting” and brought into Arkham City. While that wasn’t his original plan, it turns out it’s probably for the best as Hugo Strange (he seems to be the man running everything…in a sense, anyway) mentions something called Protocol Ten, and now that they have Batman it can go into effect. DUN DUN DUUUUN… 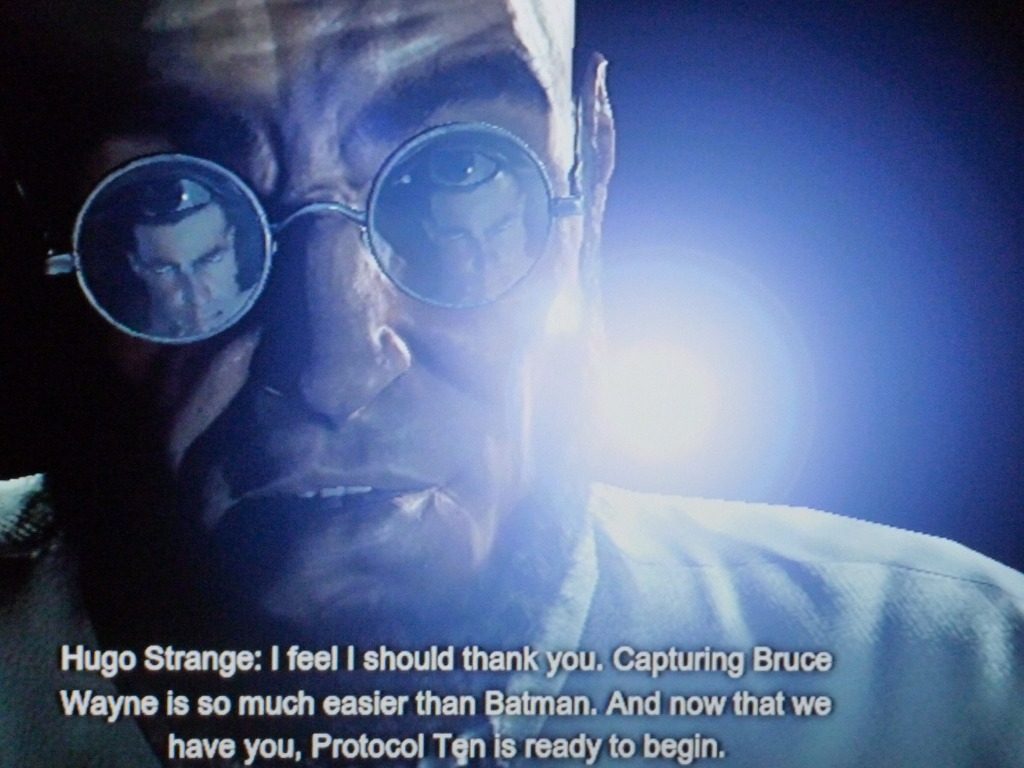 Of course, Mr. Wayney-Poo escapes and makes his way into the booking area. After being “processed” and running into Jack Ryder he comes face-to-face with Oswald Chesterfield Cobblepot (OHMYGOD I LOVE THAT NAME) or Penguin, but I personally like Oswald Chesterfield Cobblepot. (OHMYGOD I WROTE IT AGAIN.) Ultimately, Bruce breaks free, punches everyone in the nuts and has Alfred drop off his ish. Once he’s all suited up and officially Batman, he intercepts a radio transmission that depicts Harvey Dent(TWO FACE!) has Catwoman at the court house. (For the record, I skipped writing about the part when I played as Catwoman in the beginning because all it would have consisted of would be talk of her amazing ass.) 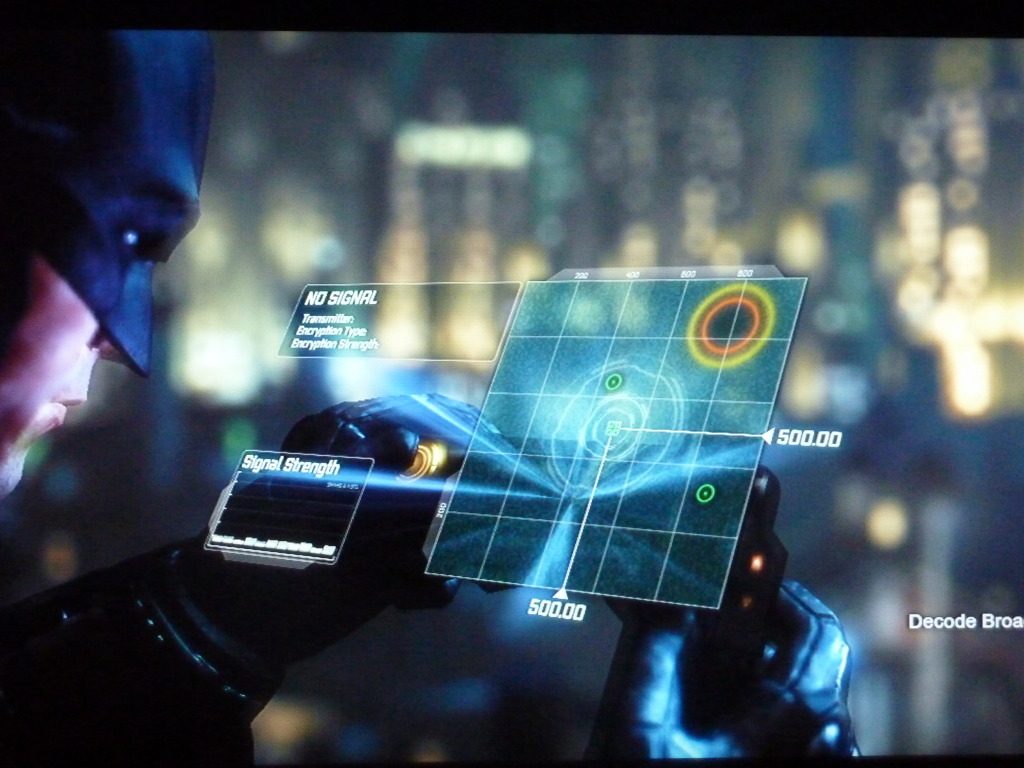 So I stormed the courthouse, defeated Two Face’s thugs, strung him up and saved Catwoman. Also, I just need to say that I could be considered a Batman n00b–the only Batman experience I have is the films and with Arkham City—and I just need to say these characters fucking rock. Mmkay. So Batman wants to know what Catwoman knows of Protocol Ten. She says she knows nothing, but is concerned about Two Face. He’s been off of the radar for a while, but all of a sudden he’s back and “running the place.” Rumor has it he and Joker are working on something together, JUST for Batman. 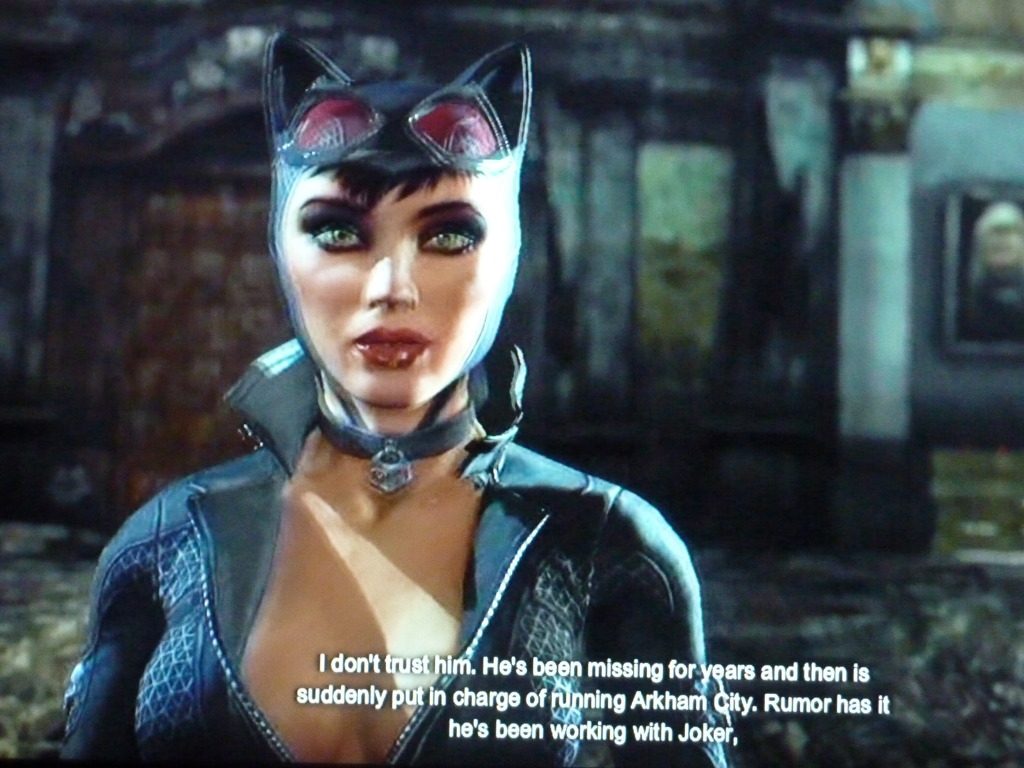 While we were chit chatting, Mr. Joker decided to make an attempt at sniping Catwoman. Batman, being the stud he is, moved her out of the way just in time. I really would have preferred it if they just boinked right then and there, but alas. Anyway, she left and Batman used his stealthy detective moves to find out where the bullet came from, which happened to be from a Bell Tower on a church. I headed there and found Miss Quinn. God I love her. She’s so stupid and obnoxious but I still love her. Thinking of it, that would have been a fun Halloween costume. 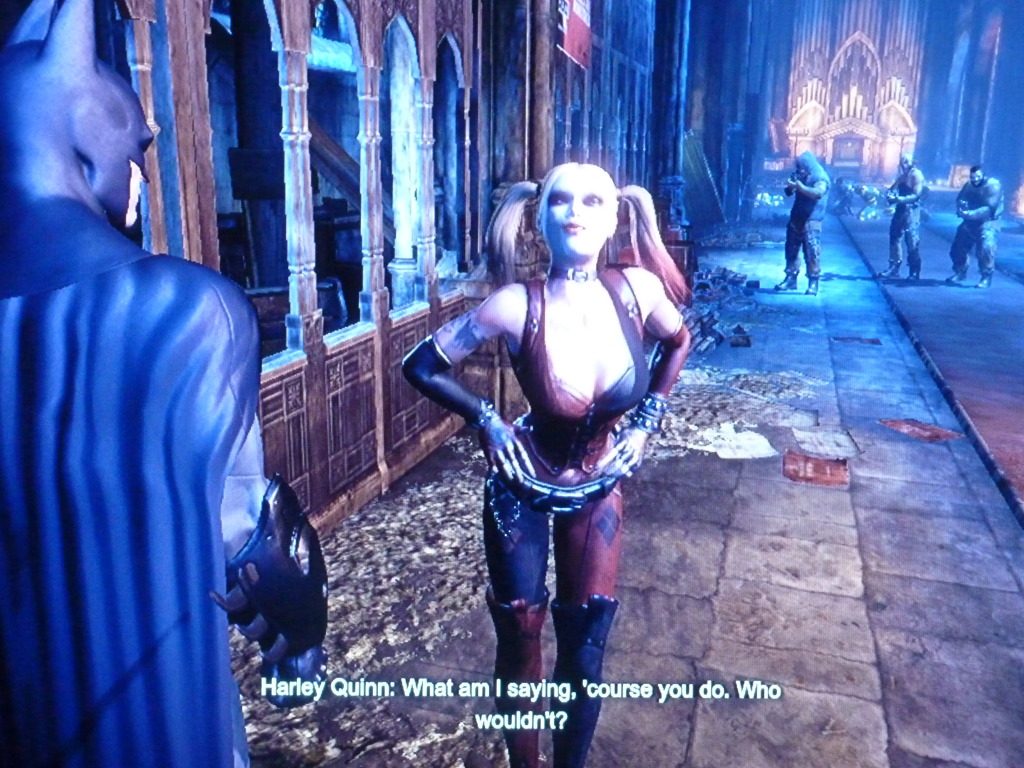 ANYWAY! She left to go do more of Joker’s bidding, and I was left with four or five armed inmates. What ensued was my favorite quote thus far: 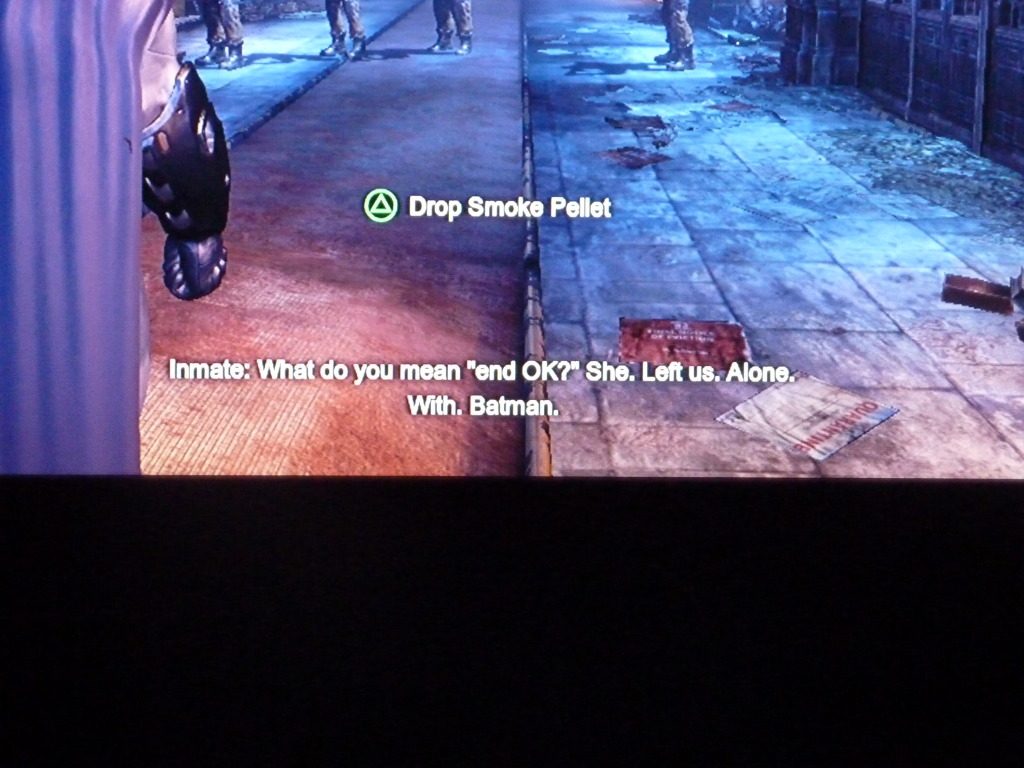 After pwning everyone and saving hostages, I climbed up to the Bell Tower and LO AND BEHOLD…there was this. Lovely. 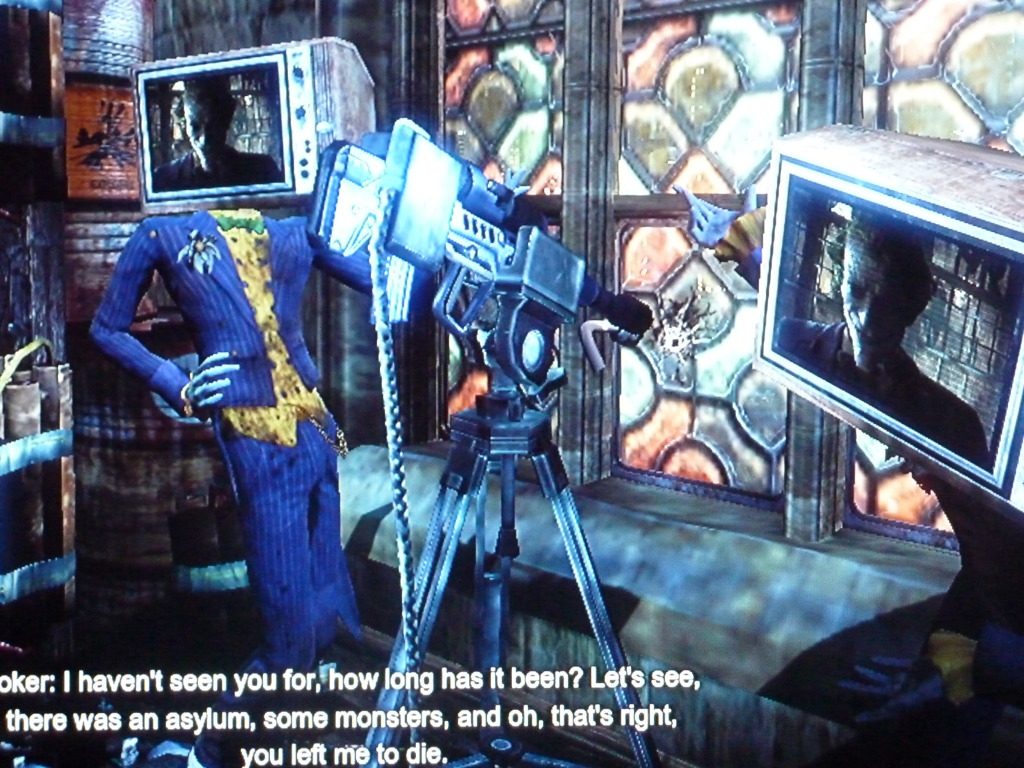 Now I need to track his radio signal! But I seriously doubt he’ll just be, you know, chilling and waiting for me. Supposedly he’s had a bad reaction to the overdose on Titan from Arkham Asylum, and rumor has it that he’s dying and hasn’t quite been himself lately. I SHALL FIND OUT!!!!