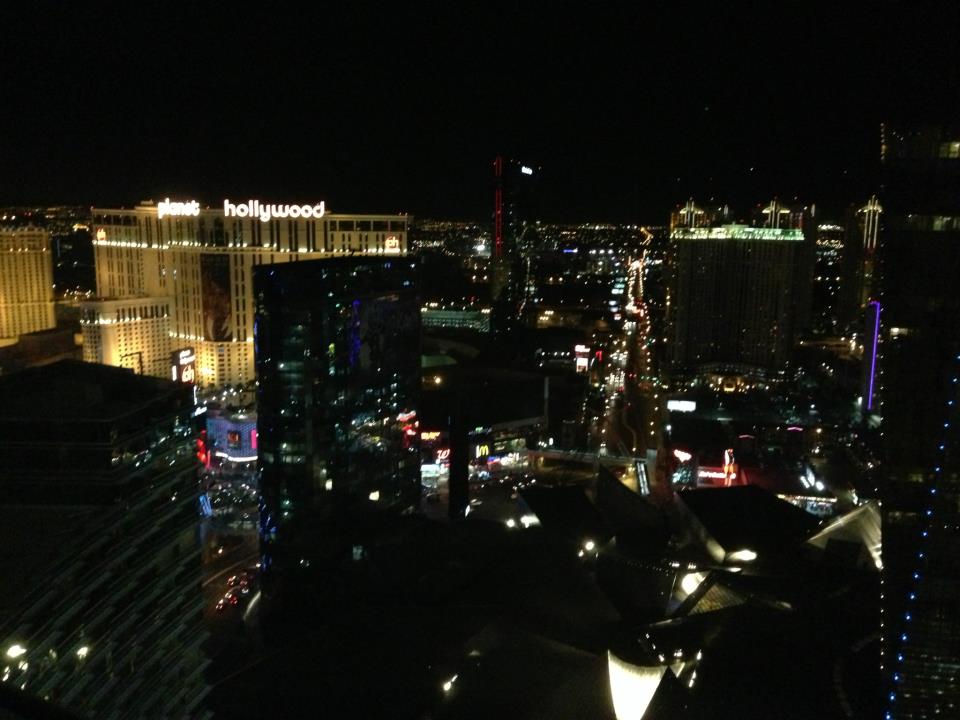 Yeah, so, um, I went to Vegas again. S-surprise? Anyway, you know how this goes.

GET READY FOR PICTURES, BABY! 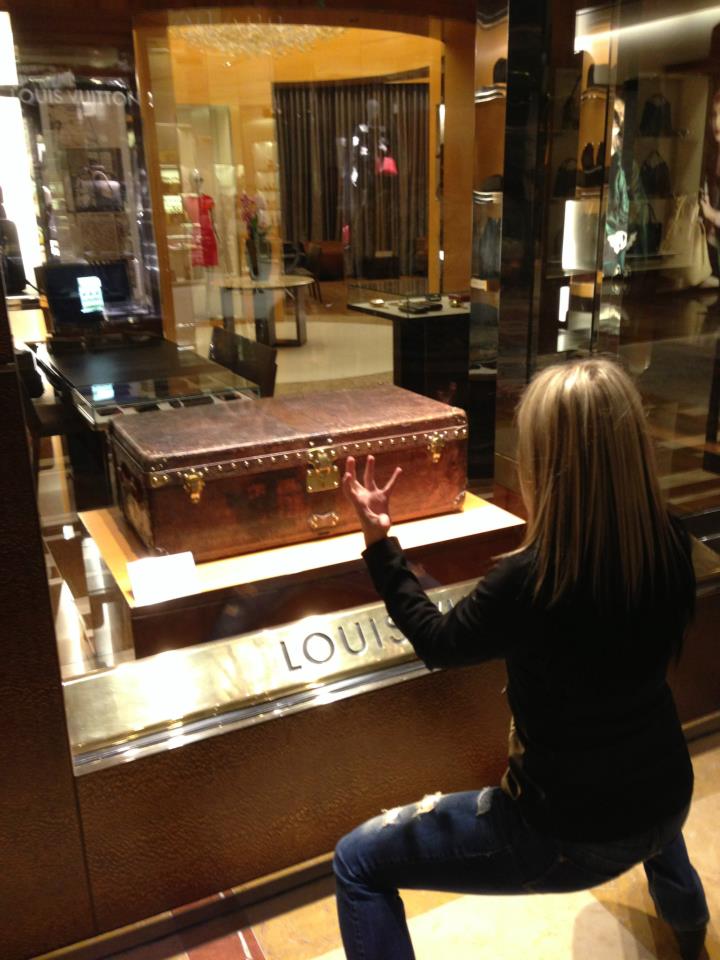 I’m pretty sure I was drunk at this point in the Bellagio (I say “pretty sure” because I’m known to do artarded things while stone-cold sober) and I remember thinking that this Louis Vuitton chest…thing…looked like a treasure chest right out of Zelda. What you don’t see is my imitation of the following, complete with my own vocalized music.

I’m so sorry that you had to miss it. I sounded just like the music, I swear. 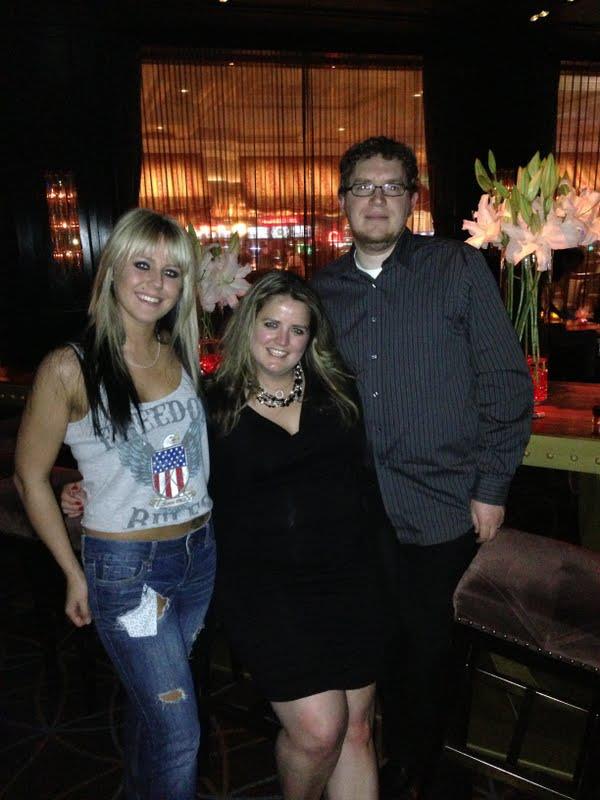 While sitting in a swanky-ass bar in the Aria, the the two strangers above and I began to make small talk. At first it was just tipsy tomfoolery, but I ended up discovering that the guy — Paul — lives only TWO blocks away from me! What are the odds? Also, he’s going to be at PAX Prime this summer. And she’s just as cool, her name is Natalie, and she’s going to be at SDCC. I’ll say it again — what are the odds!? They were such fun people and I hope to see them again soon! 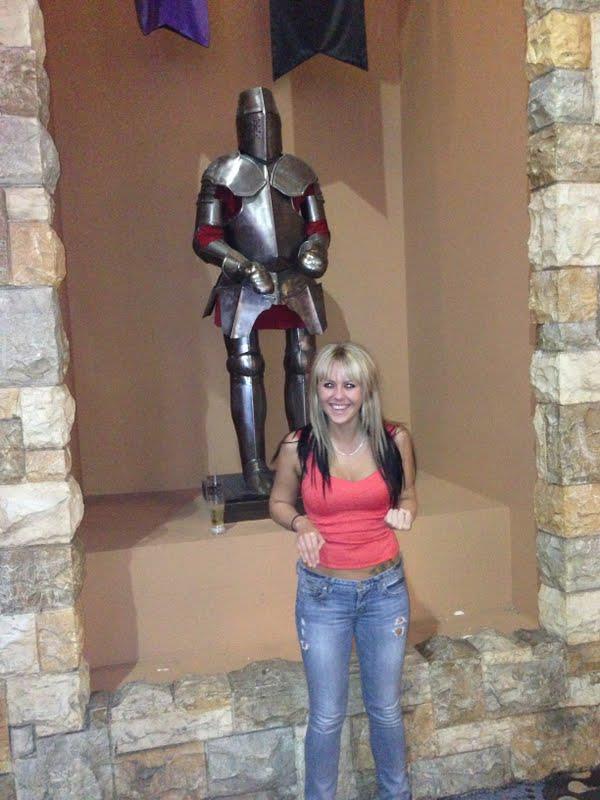 Um. Yeah. I think this one is pretty self-explanatory, meaning I don’t have an explanation except that I like medieval shit and this knight was full of medievally goodness.

And I ask, what would a Vegas trip be without some gambling? (Besides cheaper, that is.) I’ve mentioned it during previous Vegas recap posts, but I have a love/hate relationship with Betty Boop’s slot machine. Sometimes she puts out like a good little whore, but other times she keeps her legs, and I quote, “tighter than a knothole.” And unfortunately during this Vegas excursion was being very, very stingy with her money. So, it got to the point where it was like, “Okay, Betty. You’re not putting out anymore.” So a brilliant plan was devised — take the little amount won from Betty, place it into random slot machines and hope for the best. 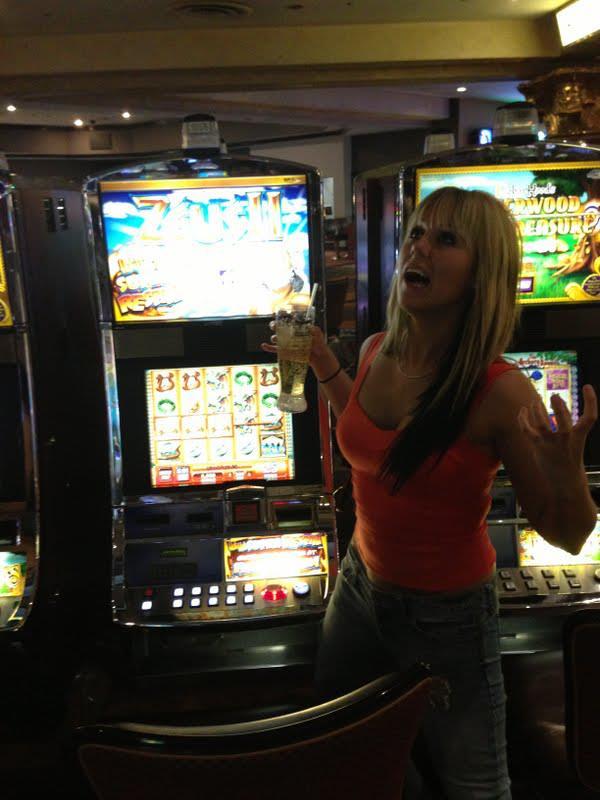 I found a Zeus machine and figured, “HEY! I’m currently playing God of War II, so clearly this is a sure-win!” Well needless to say I won absolutely nothing, so I did my best “ATHEEEEEEEENAAAAAAA!” face.

And then…then I found  a Superman slot machine. This time my logic was, “HEY! It’s Superman! The video game sucks, so clearly the slot machine must be better or something!” 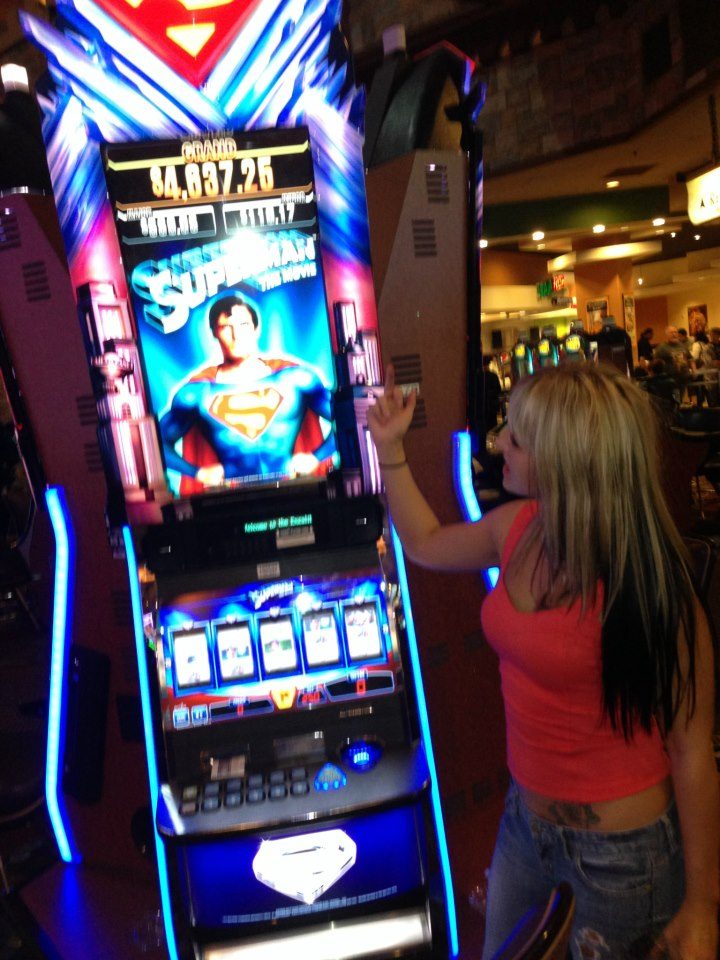 If you can’t tell by the hand gesture, the Superman slot machine was just as bad as the video game. Probably even worse, seeing as this took more of my money than the game ever has. Bastard.

But then things changed. Drastically.

It all began with a slot machine called “Return to Planet Loot”. Naturally this slot machine was chosen because of the word “loot”. One spin in and… 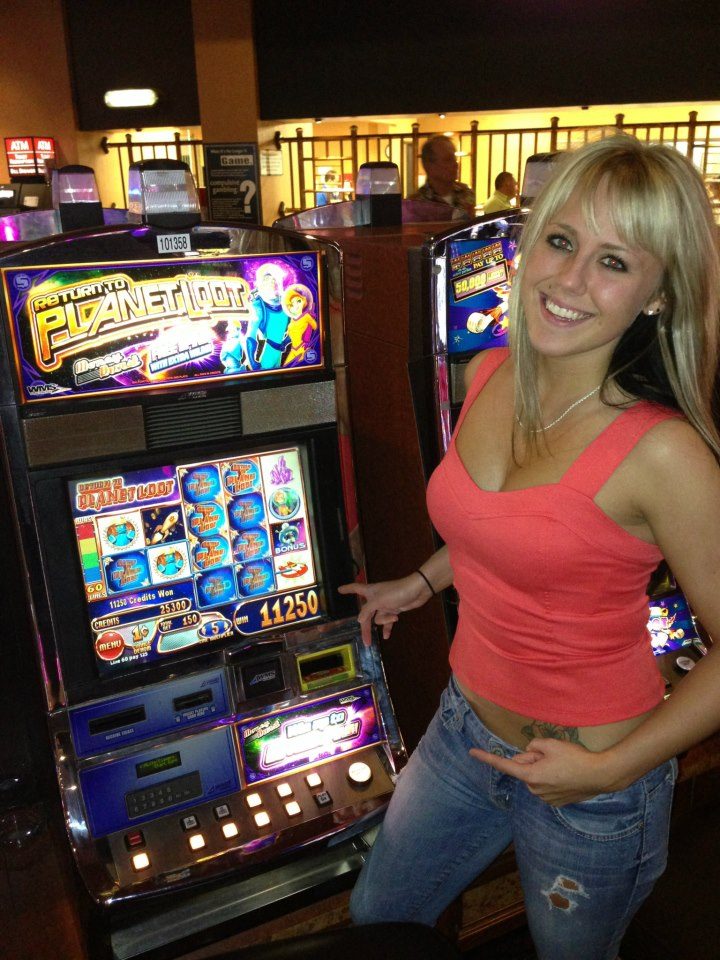 And then Michael Jackson was spotted. 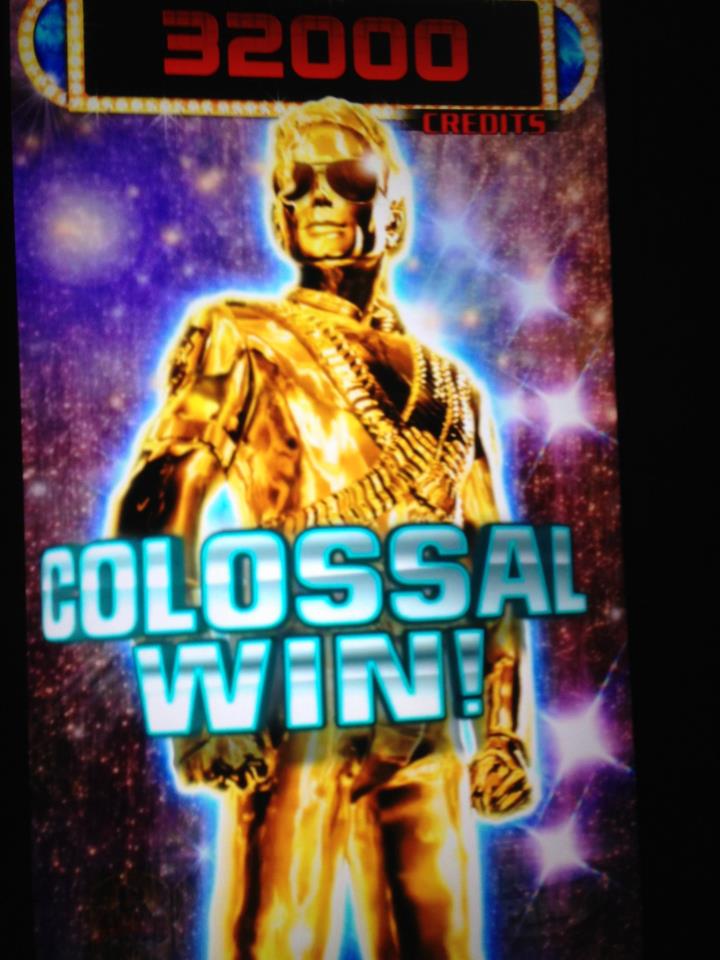 $320!!! HELL. YES. In fact, I became so excited that I started smacking invisible ass. Unfortunately I was a little beyond tipsy at this point and was unknowingly waving my arse in front of a poor woman’s face who had sat down behind me. Meh. It happens, right?

Finally, one of the main highlights of this Vegas trip was the time spent at Insert Coin(s). In fact I had such a good time there I dedicated a separate blog post to it, so give it a read and I’ll love you forever! 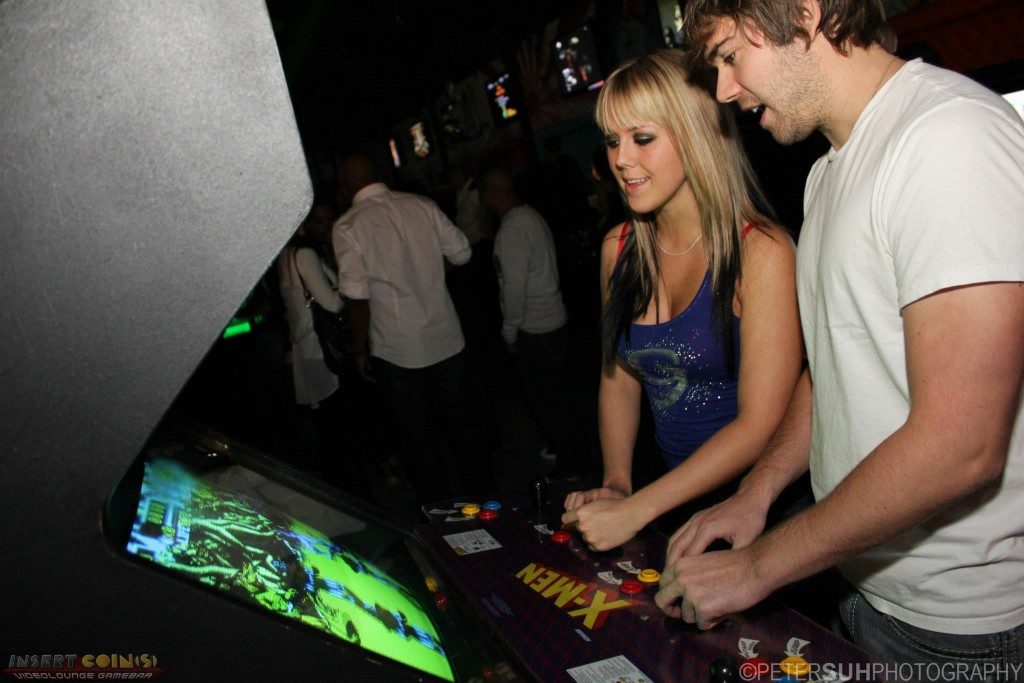 And with that, I believe I have successfully updated you on my Vegas endeavors. Also, I believe there’s a Vine video floating around I made where I declared my view of Vegas was “sexier than Alistair in nipple tassels.” So, yeah. There’s that too.