Holy shit, so I go across the country for like four days and ALL OF THESE THINGS get announced that I want to talk about but then I look lame because I’m like four days late to the party. DON’T JUDGE ME SENPAI.

So, on July 29th this was a thing posted to the official Resident Evil Facebook page: 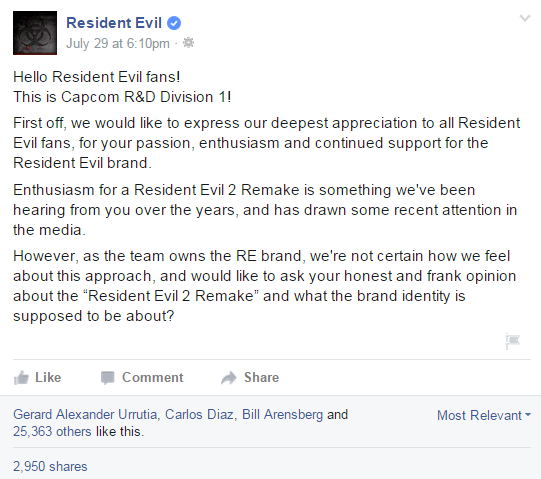 The response was overwhelmingly positive, which flooded my heart with love for humanity.

Soon after, this was also posted to the Resident Evil Facebook page: 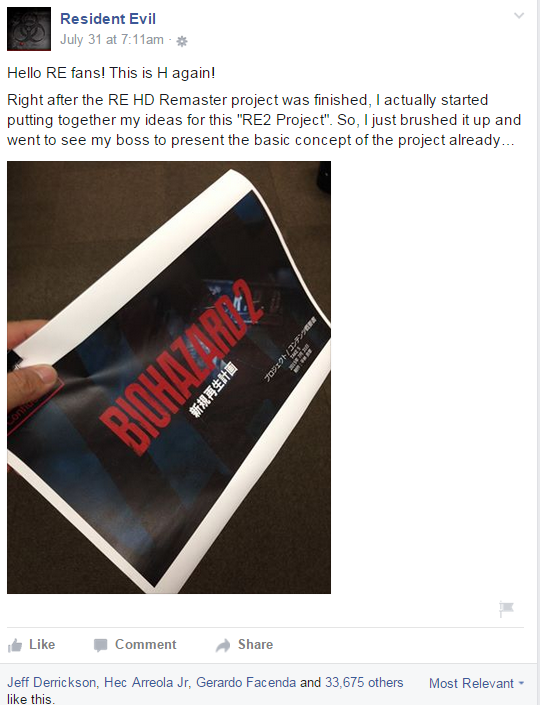 I kid. But seriously, had it not been for discovering Resident Evil 2 at the innocent age of 8, who knows where the series and I would stand today. Good shit.