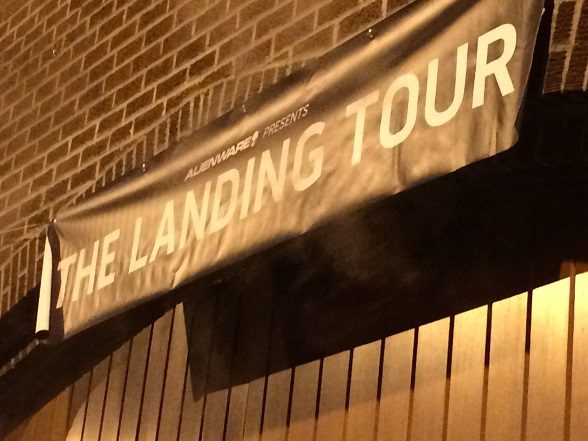 Alienware was in my neck ‘o the woods (Alistair’s Pants) (AKA Seattle) (disclaimer: I still have yet to get inside Alistair’s Pants) last night as part of their Landing Tour, an eight city US tour during which they tempt us with their newest and shiniest toys — aka the X51. The event had open bar consisting of beer and wine, gaming stations, a DJ and a lil’ CoD: Ghosts tournament. It was a grand time, despite being less than packed.

I’d say I was there for a few hours, most of which were spent playing Need for Speed, taking advantage of the open bar, watching people kill each other in CoD: Ghosts and chit chatting with awesome folk from Lifted Geek. I will say, though, never once was I approached by an Alienware staff member to explain to me what exactly it was that was being promoted. If I was just a wandering soul who was straddling the “do I or don’t I buy” fence regarding Alienware I wouldn’t have left with any valuable information. I’m not shitting on the event, as the free drinks, food and entertainment were greatly appreciated, but it could be taken as some constructive criticism. 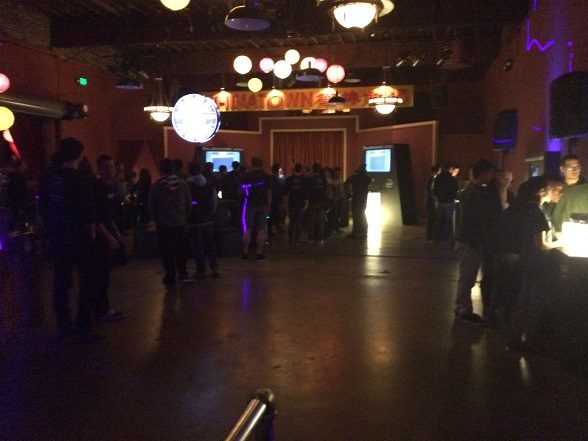 So, this was kinda funny. As you can likely tell, the event wasn’t jam packed or crowded of any sort, which was a nice change of pace from other gamer-esque events. Now, I was standing a little ways back with my broseph observing the CoD: Tournament. (You can see the two TVs at the back of the room.) I was enjoying lots of elbow room and a nice, clean viewpoint — 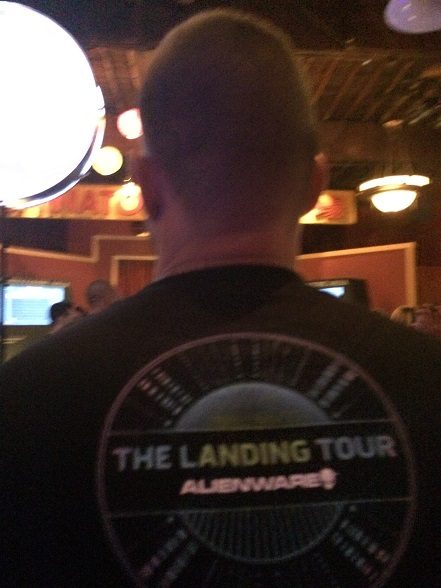 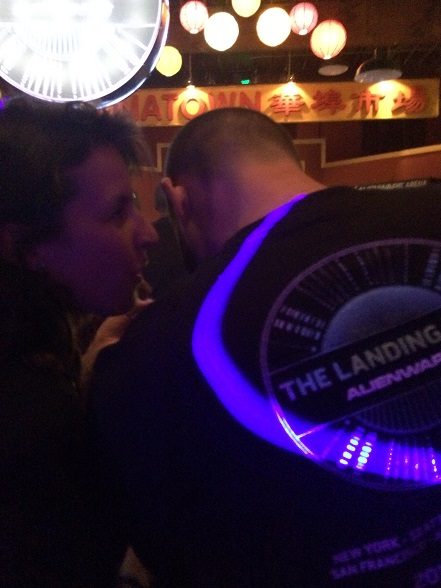 Bless their hearts, these nice Alienware folk decided, of all of the empty space in the entire room, that they were going to stand less than a foot in front of me and carry on a conversation for several minutes. I refused to move, so yeah, that was my view. HAHAHAHA! I don’t even know if they saw me, but I was ROLLING. Like, go for it, dudes! I wasn’t here to support your brand or anything and watch your event unfold. Nope. I’ll just stand here with my coat and drink and observe the hair growth pattern on the back of your head. 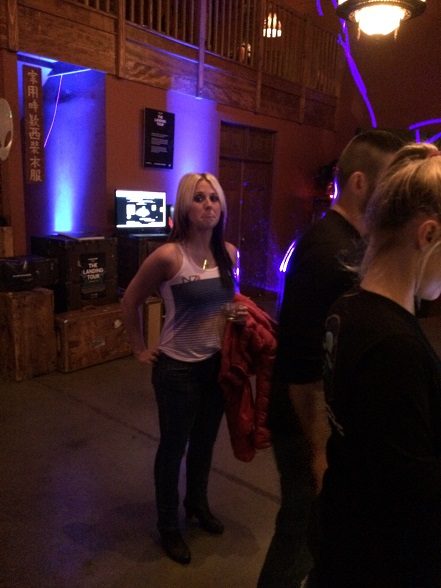 But anyway, if you’re interested in an X51 I can vouch for their kickassness. Everyone I talked to was raving as well, soooo if your Santa has deep pockets it might be something worth mentioning to him/her! 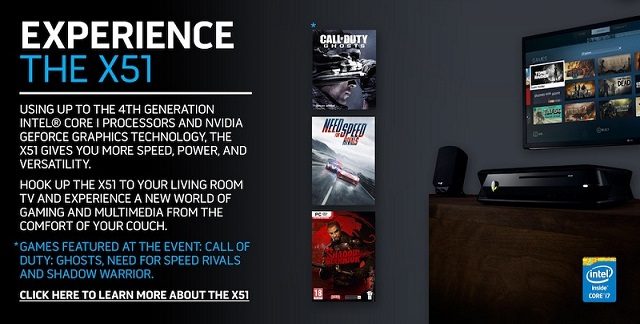