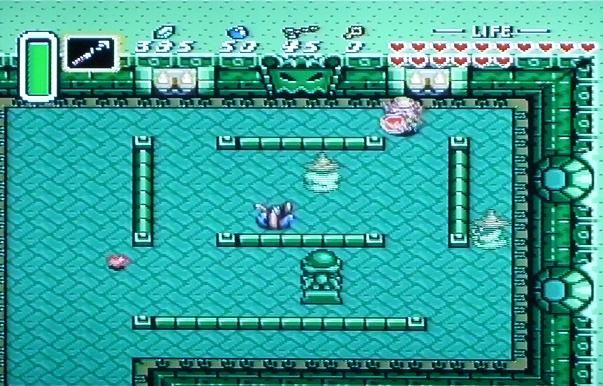 After burning Kholdstare’s retinas, it was time to take on the Misery Mire. I didn’t blog about this, but I attempted Misery Mire RIGHT after the Ice Palace and to say it kicked my ass would be an understatement. Not because the Misery Mire was “hard” or anything like that – I think my brain had simply been fried from tackling the stupid effin’ Ice Palace just before. I may uh, have gotten a little frustrated and rage quit.

So needless to say I wasn’t quite looking forward to attempting the 6th dungeon again. In my mind it was nothing more but sprawling floors and confusing puzzles.

But COMPLETELY to my surprise I completed Misery Mire in about 15 minutes. It’s amazing what a few days off will do to your brain, isn’t it?! 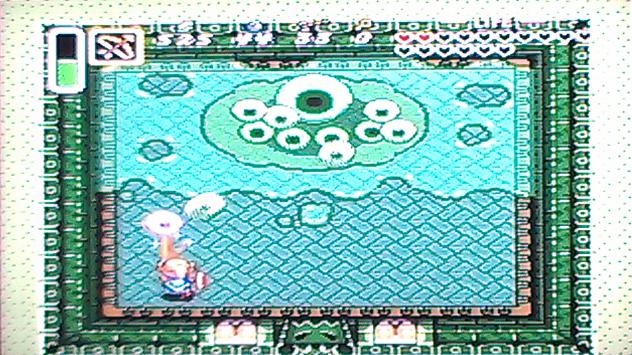 Also, I fought eyeballs on a lilly pad. I can scratch that one off of my bucket list.

…SURPRISE! A maiden appeared! I don’t know about you, but I’m starting to notice a pattern.

“Ganon captured us because he couldn’t break the seal of the wise men with his power alone. And then, using the wizard Agahnim as his pawn, he drew us to the Dark World. After cracking the seal with our powers, he sealed us inside these crystals. He then gave us to his loyal monsters. But Ganon didn’t plan on your getting this far. Now, Princess Zelda is waiting for you inside of Turtle Rock. Please hurry!”

But FIRST I needed to purchase the Super Bomb and blow up some crack on the Pyramid of Power. I was sorta-kinda expecting a hot bitch inside, but, um, I found a fat fairy instead. 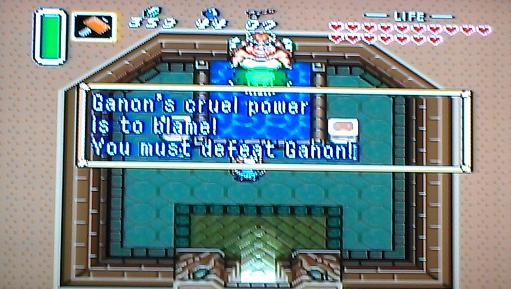 SURE. BLAME GANNON. There’s no way it could have been those donuts. No siree. But, uh, jokes aside this voluptuous fairy hooked me up with the Silver Arrows as well as the Golden Sword!

I also walked along a bunch of spikes for the Cane of Byrna and hooked myself up with the Quake Medallion. 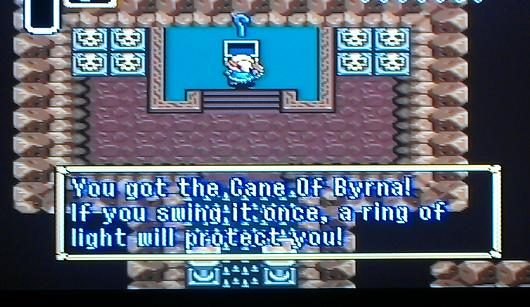 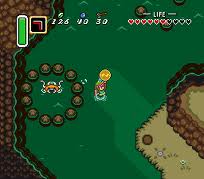 I’ll say it again – how the HELL anyone would know how or where to find this shit without the slight assistance of a guide is beyond me. I mean, I USED to know how to find this stuff when I was younger, but that was back in the day when I could afford to spend hours aimlessly walking around. Maybe that’s the secret.

And now, ladies and gentlemen, I have a full inventory and one more dungeon to conquer.

I AM SO EXCITED. 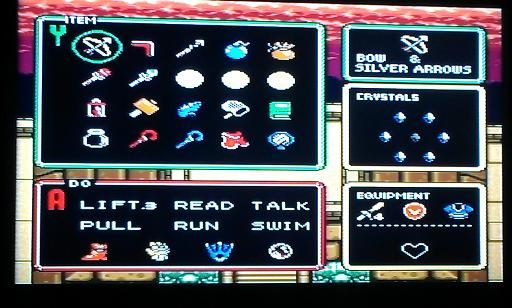 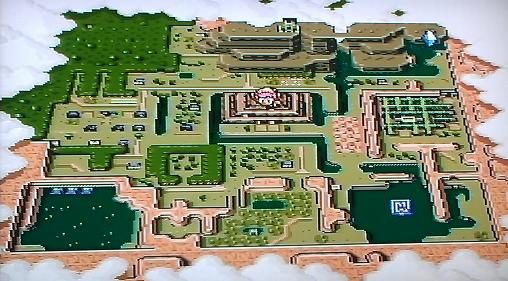