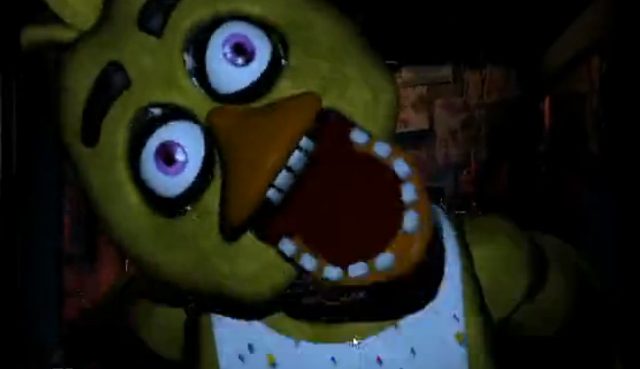 Because we all need a few more nightmares in our lives.

Warner Bros. has acquired the rights to make a film outta Five Nights at Freddy’s, and it will be produced by Seth Grahame-Smith and David Katzenberg of KatzSmith Productions as well as Roy Lee of Vertigo. Do…do those people mean anything to you? I’m SO not a movie person. The only people I know in film are Leonardo DiCaprio and Brad Pitt. Mmmhmmm.

“The story really lends itself to being a movie and it taps into a largely unexplored niche of horror that a lot of people will be able to relate to.” said Scott Cawthorn, creator of Five Nights at Freddy’s.

…WAIT. How do you expect ANYTHING adorable to come out of a Five Nights at Freddy’s movie? Seriously. ::shivers:: Anyway, the project is currently in the hands of writers. Let’s see how this turns out. Color me excited. Whatever color that is. Probably a bright pink or yellow.