….AND DOESN’T GET E.COLI OR ANOTHER SORT OF PARASITE LIKE SHE DID IN MEXICO! C’mon everyone, give me a virtual fist bump! 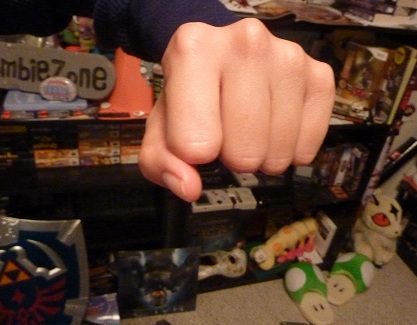 But yeah guys, this was the first cruise I had EVER been on and let me tell you it blew my mind into a million tiny chunks all over the ocean. Like, damn. But instead of writing an epic novel about my time, I’ll paste some photos and describe them and such. Because your time is important, after all — and yes I realize I’m wasting your time just by writing this sentence and OKAY ONTO THE PICTURES!!! 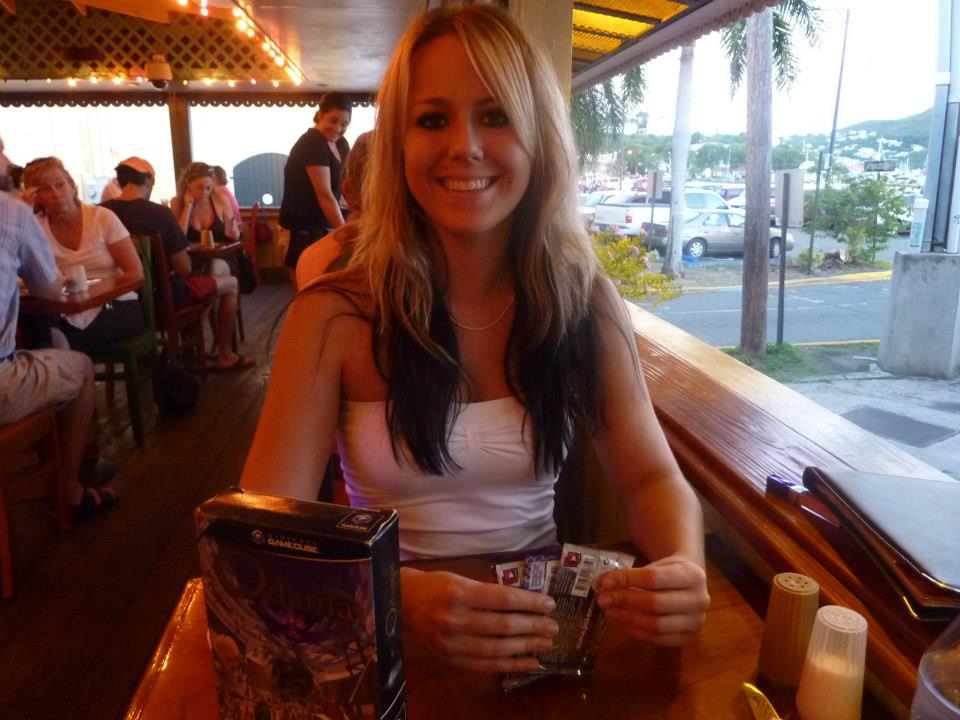 The first stop on the cruise was St. Thomas. Unfortunately due to a technical issue we were only permitted four hours on the island — and, what? You noticed the Pokemon cards in my hand? Oh, and Odama? Yeah, about that…I sorta-kinda stumbled upon a video game store in St. Thomas. It was glorious. And even though I totally got ripped off on Odama (you can buy it for five dollars new on eBay and I paid $12 or so) the rare Pokemon cards I found in each of my packs totally made up for it. 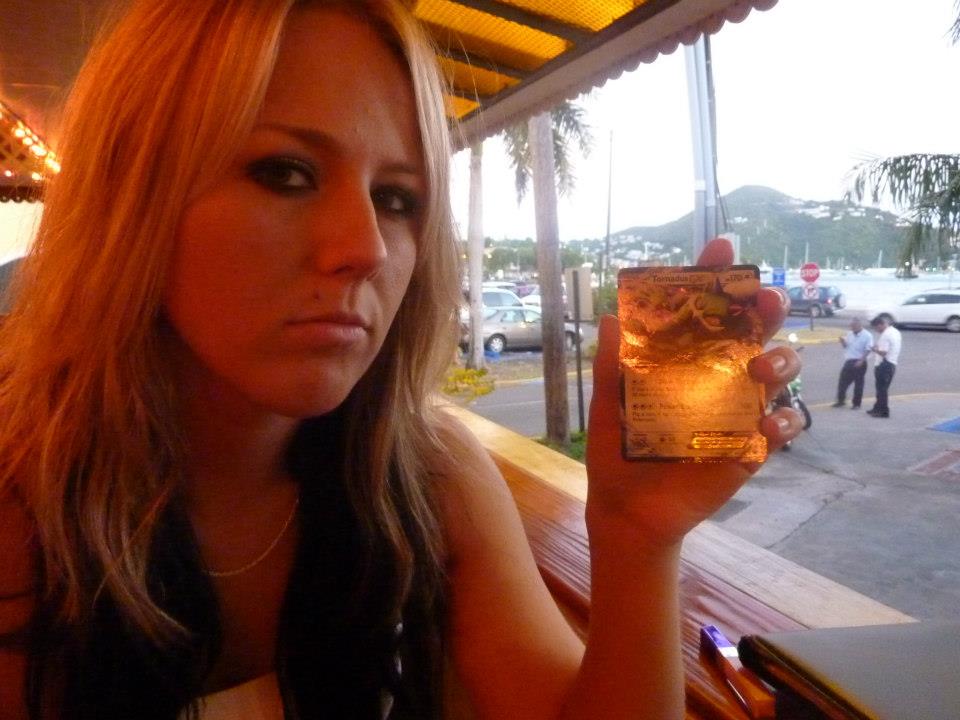 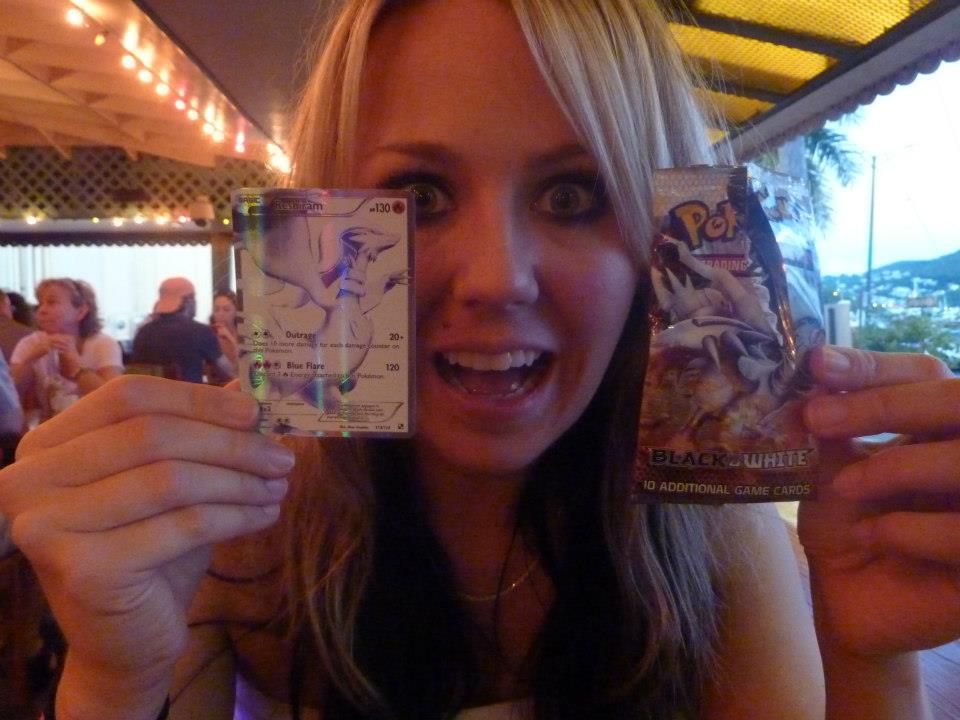 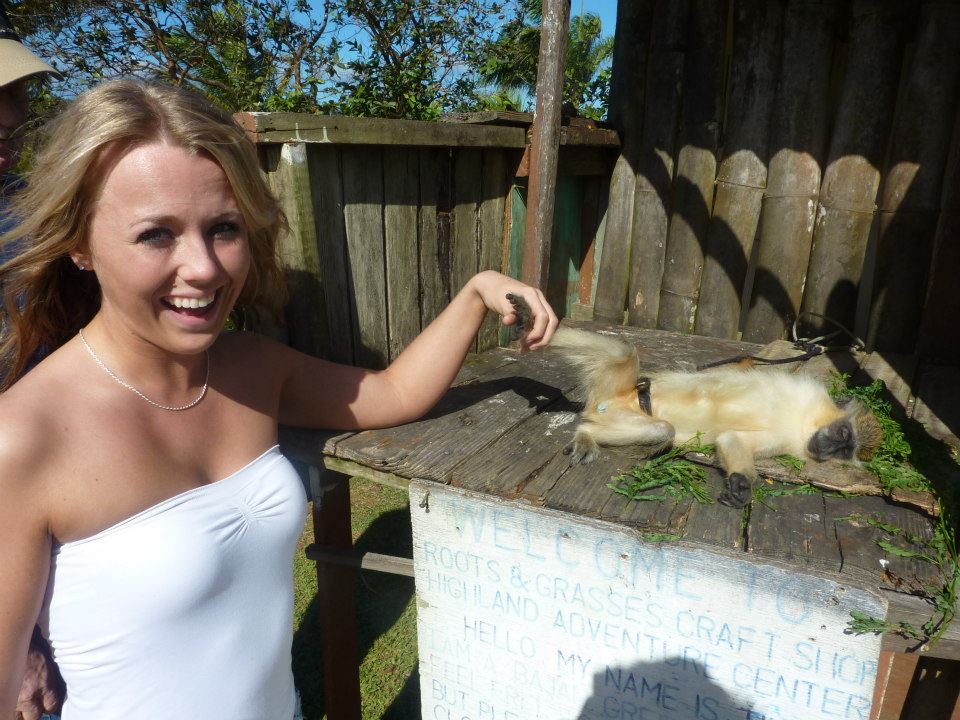 A few days later (shame on me for wearing a shirt I had already worn! I think that, like, violates woman-code) the ship stopped in Barbados. Now, admittedly I’m a huge Rhianna fangirl so it was pretty cool to see her home island — all, like, 166 miles of it. Anyway, I held this monkey’s foot and it was amazing. I was too scared to actually pet it because I saw it bite other people who came too close, but then again those people were sticking their freakin’ hands near its mouth. Dorks. Also in Barbados our entire tour group witnessed a fresh murder scene, which was, um, a nice way to start the day. (Let this be a lesson kiddos, never taunt your girlfriend’s ex-boyfriend or you too might get shot six times.)

But the most amazing part of Barbados, murders and monkeys aside, was the fucking beach.

Because I’ve lived in western Washington my entire life, I’ve always drooled at the perky vacation commercials you see on TV that consist of someone frolicking in white, powdery sand while the crystal blue water laps on the shore. That’s because typically our beaches look something like this: 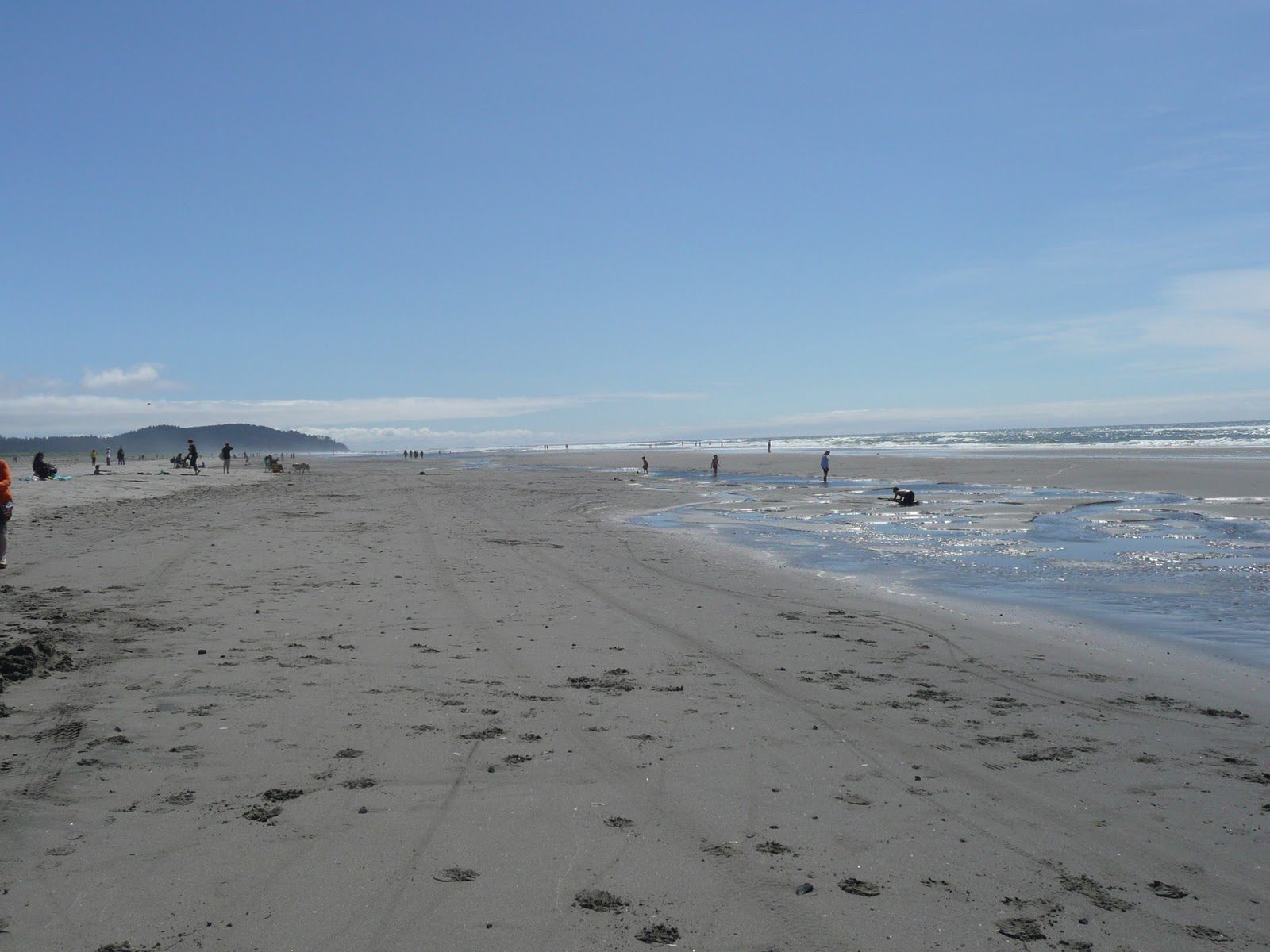 And even that shit is false advertising, because I can guarantee you ALL of those people in that picture are wearing jeans, socks, long-sleeved shirts and a sweatshirt. The photographer probably had to Photoshop most of the clouds out, too. But, my friends — I finally found my powdery-sanded crystal-blue-watered beach in Barbados. 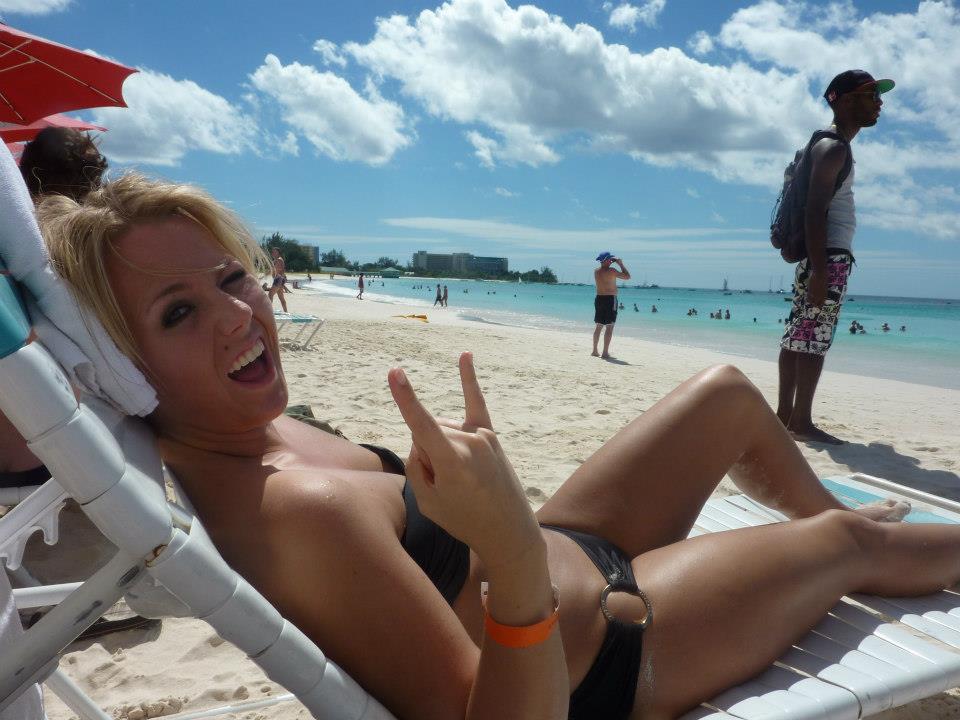 AND I DIDN’T HAVE TO WEAR LAYERS UPON LAYERS OF CLOTHING OVER MY BIKINI. Damn, it was amazing. 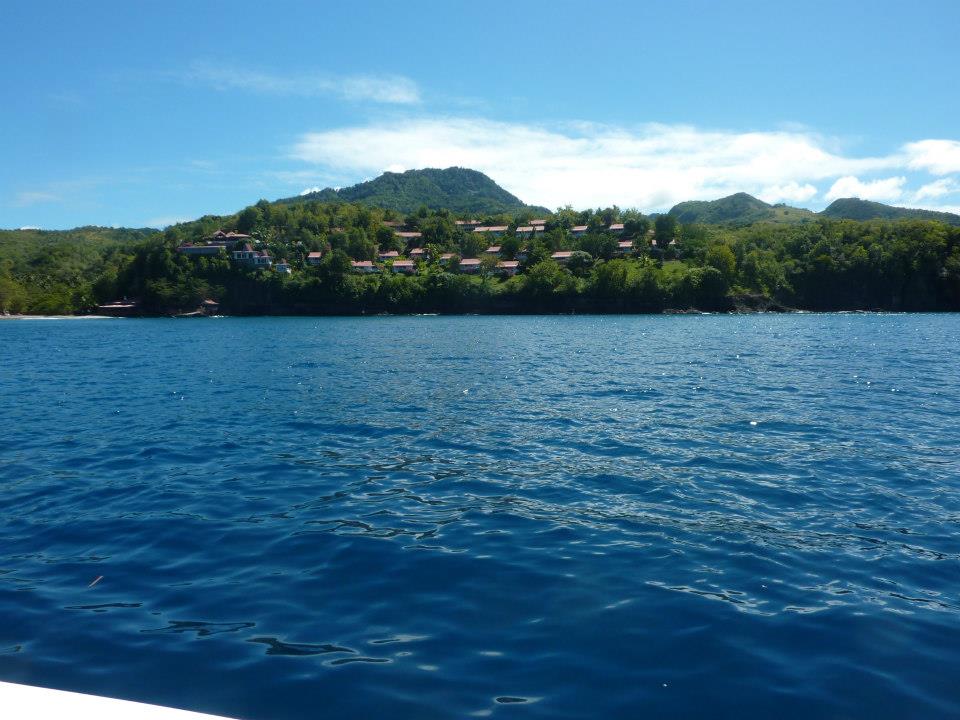 I don’t know if I mentioned it on my blog, but I’m a new scuba diver! And while I had to get certified in 43 degree water and 38 degree air temperature, it was SO worth it when I was able to swim around a ship wreck and a reef in this 83 degree, St. Lucia water! I also LARP’d that I was a Zora. Seriously, I did. I had Zora’s Domain going through my head about half of the time I was down there. :) 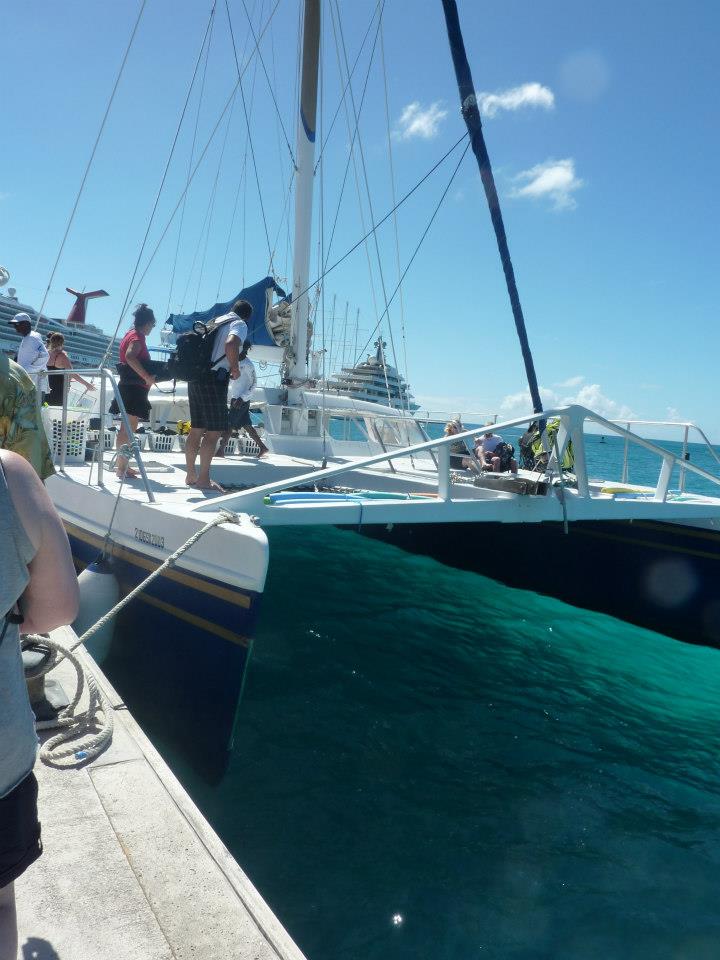 On the final day of the cruise, a bunch of us went on this Catamaran excursion. Not only was it HOT outside, the water was clear and warm, and we snorkeled with these crazy fish that would nibble at you and let you poke them. And true to Britt fashion, I LARP’d that I had to catch one of the fish in a bottle and feed it to Jabu Jabu. Seriously. I think I have issues. But that wasn’t the best part! Oh no. You see, this was a NUDE beach. Unfortunately all we were treated to was one pair of bewbs, and I, erm, somehow snapped a photo I don’t remember taking (I blame the complimentary rum punch). Yeeeaaaah. I should probably delete that. 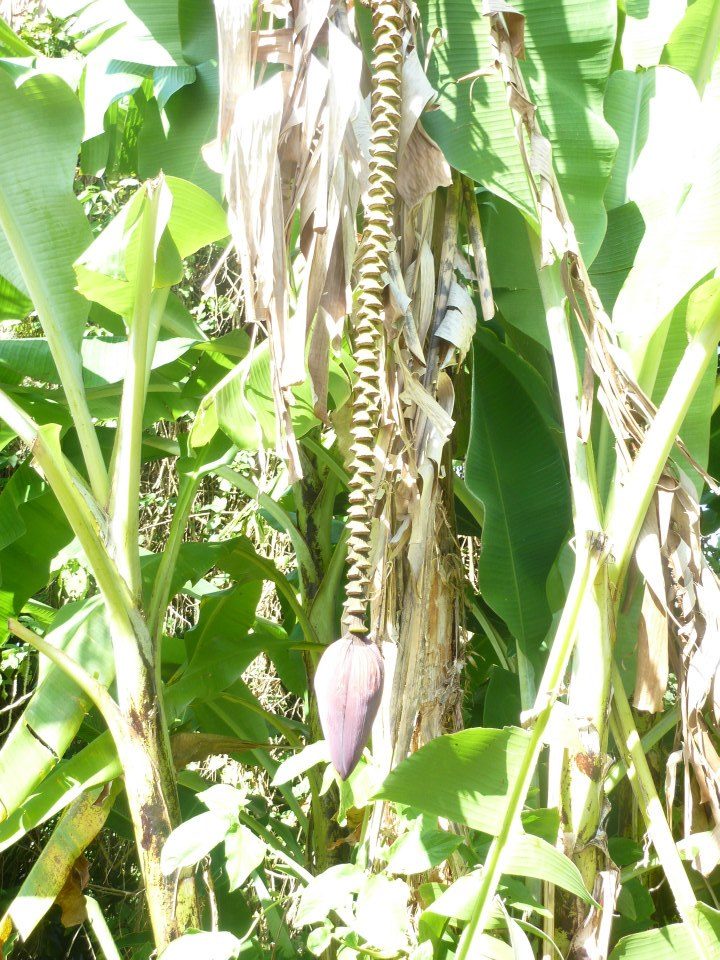 The only reason I took this photo on St. Kitts was because I thought this plant looked like a closed Deku Baba. Holy crap, now that I think about it there was a LOT of Zelda LARP’ing going on during this trip.

And last but certainly not least — 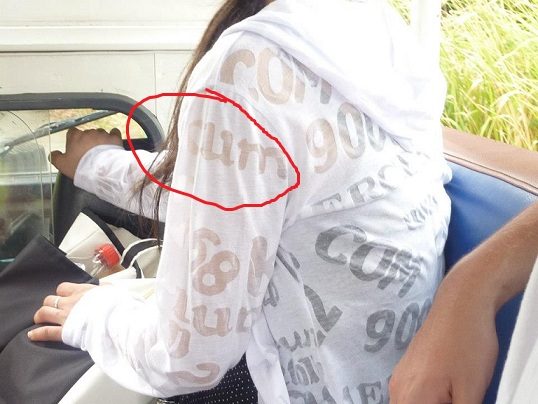 Well ladies and gents, that pretty much sums up the highlights of my cruise! If you have the slightest inkling of going on one, save up your monies and do it. It felt SO GOOD to disconnect from the world for an entire week! Which leads me to this — it’s amazing how STRESSFUL the states are! Like, within 24 hours of being back home my stress level tripled — which serves only as motivation to get rich and famous so I can do a million of these cruises a year! ;D