As expected, I needed to find the Spirits’ Tears. To be completely honest I can’t remember WHY I needed them — hell, maybe I was never told the reason — but in any case I traversed to Mt Kress to locate those damn things. It was a very strange dungeon with a lot of mushroomy looking things and vines and spiders. Ugh. I hate spiders. 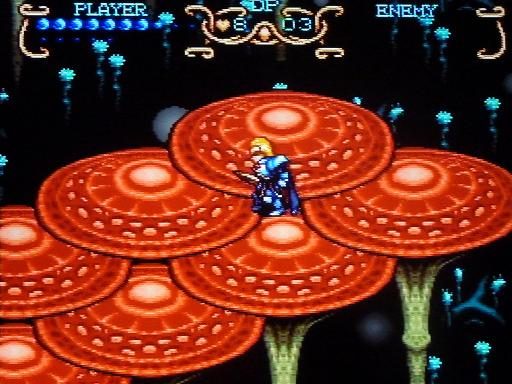 After I acquired the tears of the spirit variety I went back to Euro and poured them on Neil’s parents. Yep. I just waltzed on over and poured a teapot full of tears onto the parental units of Neil. As if that wasn’t weird enough, the tears caused their “true form” to appear and they were, uh, moon people? Moon spirit people? Spirit tribe people? MOON TRIBE PEOPLE. There we go. Fourth time is the charm…

Why that was significant I know not, but this meant Neil had to stay in Euro and run the trading business. The remaining three of us went to the Natives’ Village because Ankor Wat was nearby and AND Ankor Wat…well, Ankor Wat didn’t have a Mystic Statue NOR a boss. In fact, I’m having trouble remembering what the exact point of Ankor Wat was. I know I picked up some glasses, and that I was told my destiny by some dude…OH! I found the Gorgon Flower.

But I’m getting ahead of myself.

Before we actually left for Ankor Wat we were reunited with a dear friend in Euro. 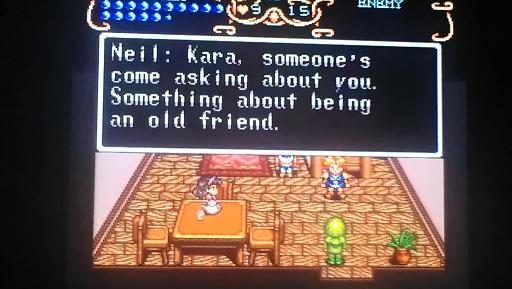 Upon arrival to the Natives’ Village we noticed it was abandoned and all that remained were, uh, skeletons of people. OH YEAH, welcome to THE village, folks! COME LOOK AT OUR WORLD-FAMOUS SKELETONS AND ENJOY OUR HOSPITALITY! Ahem. The weather was also piping hot, so Kara suggested that we stay in one of the abandoned huts for the night. Sure. That doesn’t sound shady at all. Nope.

Sure as shit we woke up TIED UP with natives dancing all around us with a fire pit in the middle. Apparently they were starving and were going to eat us. Well that’s all well and good until Hamlet the pig, my favorite character (despite the fact he’s only made four or five brief appearances) decided to trot on in and, you know, THROW HIMSELF INTO THE FIREPIT SO THE NATIVES COULD EAT. UGHHHHHH. I totally KNEW where that was going as soon as Hamelt appeared but I was in sincere denial. But, like…he just threw himself into the fire pit. 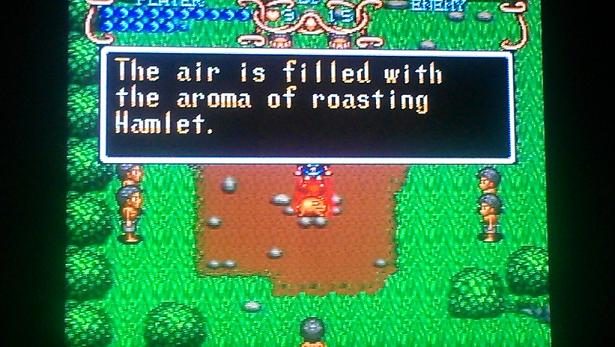 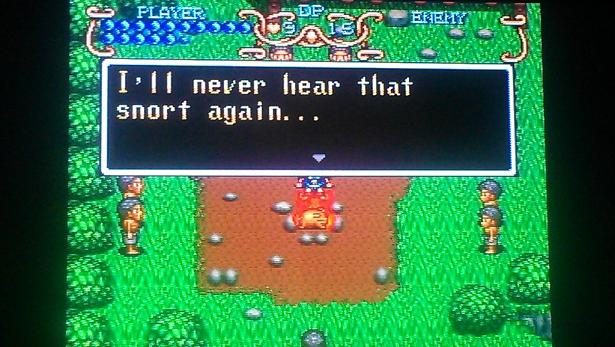 Mourning my little pig friend, I went to Ankor Wat.