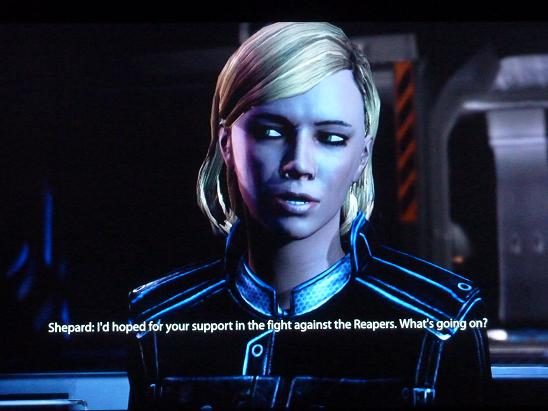 Freakin’ quarians. I know they have the largest fleet in the galaxy, but c’mon. They’re kinda dumb. “Like, hey! Amidst all of this chaos with the Reapers and such let’s try to take over our home world! OH NO! The Reapers have modified the geth! Now we’re screwed! We can’t help Commander Shepard! EGADS!”

=___= At least I was able to reunite with, ahem, ADMIRAL Tali. From the sounds of it, Tali had hoped for peace between the geth and the quarians (especially with Legion being in the picture) but that went over like a fart in church. Once again it was up to Commander freakin’ Shepard to disable the geth dreadnought–which, by the way, was broadcasting the Reaper control signal from within. No bueno.

I had to solo the mission for a bit until I could find a way to allow the entire team inside the dreadnought. So I was just taking a stroll in space, trying to find a way inside this geth ship. Y’know, space. The very place I died in Mass Effect 2. But it’s cool guys – not like I have PTSD or anything OMG IT’S SO FUCKING SPACEY.

I finally got my ass (and everyone’s ass) in the dreadnaught, and after blasting a billion and a half geth into Oblivion I ran into my broseph Legion! Unfortunately he was all tied up in Reaper shit. Like, I think he was the central hub or something. I DON’T KNOW HOW THIS TECHNOLOGY WORKS. Anywho, Tali wasn’t sure if we should free him as he “might have sided with the geth”. PSHAW. I freed him without question. 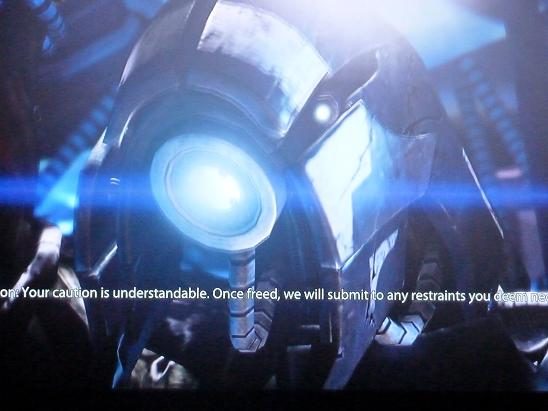 You see, Legion is my homeboy and I will roll wid’him to da end of da EARF! Uh, unfortunately though, that time was almost cut short because THE FREAKIN QUARIAN FLEET BEGAN FIRING UPON THE DREADNAUGHT—THE ONE MY CREW AND I WERE STILL IN–BECAUSE WE DEACTIVATED THE GETH BY FREEING LEGIO SO THEY COULD GET A CLEAR SHOT ON THE DREADNAUGHT. Bastards. But as per the norm, we managed to escape. 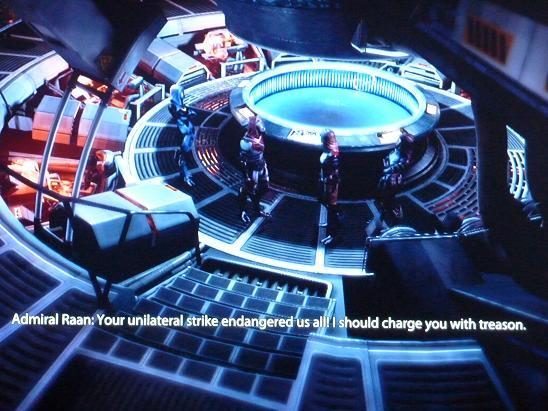 I introduced Legion to the admirals, and while skeptical, I think they sorta-kinda accepted him. Did I mention they were skeptical? Legion told us that while we cut off long-rage control of the geth, the Reapers had also placed a base on Rannoch that had short-range control over nearby geth. AND of course these geth were “targeting quarian liveships with attacks that could cripple the quarian fleet” and seeing as how I need that damn fleet for the battle with the Reapers I had to land on Ranoch to disable the Reaper server.

Why can’t anything ever go right? ;)