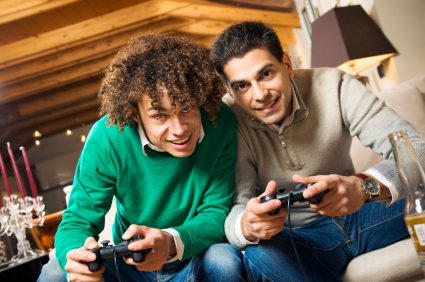 Gaming has branched out in recent years to different forums that didn’t even exist 5 years ago. From mobile gaming apps, to social networking games, to online multiplayer console options, the industry is different – and better – than ever before. But it’s also harder to keep track of what’s new and exciting! So here’s a sweeping look at the hottest new and upcoming games in 2013, in various gaming forums.

Candy Crush Saga seems to get all the attention these days, but really it’s nothing more than a glorified version of Bejeweled (which, granted, is a fun and addicting game….) But for my money, the best social gaming app out there is still Words With Friends. Alright, so it’s basically Scrabble – but the game gives you a chance to chat and interact with an opponent while playing, and lets you enjoy a drawn out social experience, rather than just a quick score comparison.

There’s a new mobile game out every 5 minutes (or so it seems), but it doesn’t get much more addicting or enjoyable than Minecraft. Whether you want to play the creative version – which just enables you to stack blocks to create any world you can imagine – or the arcade version, which pits you against monsters and complications with limited resources, this game’s just a blast.

Gambling may or may not be for you, but like it or not it’s become part of the gaming industry. For this reason, the “Poker In Play” app from Betfair has to make the list as an innovative real money gambling poker app. The app lets you play Texas Hold’Em, but instead of focusing on your own hand, it allows you to look at every hand in play and bet on which one will win out.

Shooters seem to be dominating console gaming these days, but among all of the loud, adventurous war games, nothing looks more exciting than Splinter Cell: Blacklist. The game is due out later this month, and while Splinter Cell is more about espionage and sneaking around than shooting, the game just looks enthralling. Players will control protagonist Sam Fisher as he heads a new team with a mission to stop “The Blacklist” – a series of terror attacks against U.S. assets.

Sports games are pretty hit and miss these days, but FIFA 14 looks like a sure thing. Not only does FIFA step up its game heading into World Cup years, but the game boasts a new physics engine which supposedly makes for better shooting and ball control. FIFA already tends to have the best actual gameplay of any sports games, so enhanced control should make sports games fans salivate.